QUESTIONS ARISING FROM 108th. MEETING – 21/2/2020
(the record of earlier meetings can be downloaded from the main Circulus page as can the version of Ciceronis Filius with illustrations added. The illustrated text of Genesis is available on the Genesis page, of Kepler's Somnium on the Somnium page and of Nutting's Ad Alpes on the Ad Alpes page). 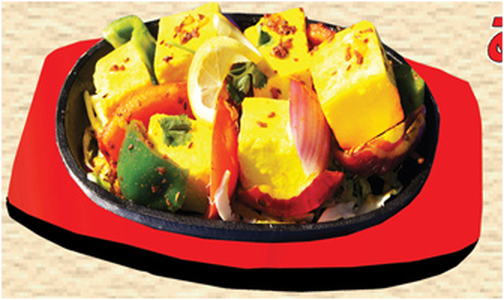 ​We read chapter 22 of Ad Alpes up to the end of the section on the treatment of Christians (line 100 in the published text – see the extract below). This covered the journey from Anxur (also known as Tarracina), where the Appian Way met the coast, through the Pontine Marshes and on towards the Alban Hills. The route included the town of Forum Appii, where Christians from Rome are supposed to have come to meet St. Paul as he was brought in chains up to the capital. The book calls the place Appiī Forum and we agreed this was less correct; a genitive can come before or after the noun is connected to but the latter position is more normal and other authors preferred it

Temple of Jupiter at Anxur
​
We discussed the phrase orbis terrārum, literally `circle or disc of lands’, a common way of referring to the whole world. It could be shortened simply to orbis, hence the formula urbī et orbī (`to the city and to the world’) with reference to papal blessings. Although educated Greeks and Romans were aware centuries before Caesar that the earth was a a sphere, ordinary people continued to imagine it as a flat disc and the reluctance of the Roman legions to embark for the invasion of Britain in 43 A.D. might have been partly out of fear of falling off the edge! The incident is related in the account written around 200 A.D. by a Greek historian who was also a Roman senator:

Aulus Plautius,… had difficulty in inducing his army to advance beyond Gaul. For the soldiers were indignant at the                  thought of carrying on a campaign outside the limits of the known world, and would not yield him obedience until                   Narcissus, who had been sent out by Claudius, mounted the tribunal of Plautius and attempted to address them.  Then             they  became much angrier at this and would not allow Narcissus to say a word, but suddenly shouted with one accord the     well-known cry, "Io Saturnalia" (for at the festival of Saturn the slaves don their masters' dress and celebrate the festival)       and at once right willingly followed Plautius.
(Cassius Dio 60,19.1-3)

The army seems to have been indignant at being addressed by Narcissus since he was a freedman (ex-slave) but then to have seen the humour of the situation and decided to follow orders.

The Claudian invasion had been preceded by Julius Caesar’s expeditions in 55 and 54 B.C. Caesar landed in Kent, either at deal or further north in Pegwell Bay on the Isle of Thanet. Thanet was at the time cut off from the rest of Britain by a narrow sea channel but the discovery there of an extensive Roman camp, which could have been intended to protect the invasion fleet, led University of Leicester archaeologists to argue for it:
https://www.theguardian.com/uk-news/2017/nov/29/caesars-invasion-of-britain-began-from-pegwell-bay-in-kent-say-archaeologists  Deal was previously accepted as the landing site because it would have been the first suitable beach after Caesar sailed past Dover, where British forces were stationed on cliffs close to the shore. Both ancient sourcces and modern discussions of the problem are collected at http://www.dealpier.uk/caesar.html

Aulus Plautius may also have landed in Kent but another possibility would have been further west, perhaps near Southampton, since Dio describes the roman fleet as sailing westwards from Boulogne and an exiled British chieftain, who Dio says had called for Roman intervention, came from this region, The issue is discussed at
https://en.wikipedia.org/wiki/Site_of_the_Claudian_invasion_of_Britain

Mention of Romans soldiers’ fears in 43 A.D. reminded Sam of Alexander’s army’s refusal in India to continue advancing eastwards, in India, despite their victory over King Porus in the Punjab.

We discussed a number of other linguistic points arising from the chapter:

accūrātus: this is a compound of ad and cūra, so the original meaning is `[done] with care’

The neuter singular pronoun idem (`same [thing]’) is distinguished from masculine singular īdem by the length of the          initial vowel. The latter is a contraction of is-dem, with compensatory lengthening after the `s’ was dropped. The                    neuter  is similarly contracted from id-dem and should, therefore, in theory also have a lengthened vowel but this                    remained short, possibly in order to preserve the gender distinction.

The noun supplicium originally meant `kneeling down’, either in supplication or to receive punishment. It
later came to mean `torture’ or `punishment’ (especially capital punishment). 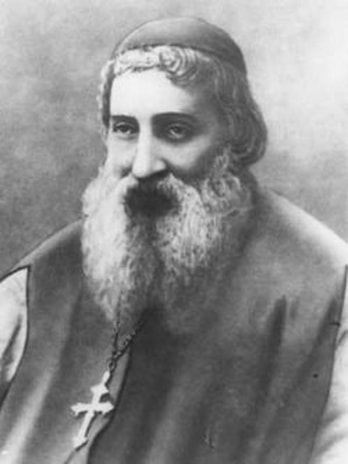 Pat was not aware that the Catholic diocese’s archivist, Louis Keloon Ha (夏其龍), who is also the SAR’s leading Latinist, wrote his Ph.D. thesis on the early development of the Catholic Church in Hong Kong. This has been published both in Chinese and also in English as The Foundation of the Catholic Mission in Hong Kong 1841-1894 (Hong Kong: Joint Publishing, 2018 – see https://www.cp1897.com.hk/product_info.php?BookId=9789620436024 ). John, who had helped with the copy-editing of the English version, said that it included details of Raimondi’s conflict with French Catholic missionaries and also of his low opinion of the capabilities of the Chinese. Pat mentioned a young priest from the Tai Po mission who drowned in a storm when trying to cross Tolo Harbour, an incident for which Raimondi’s Italian account is the only surviving source..

Pat spoke about the New Territory’s Man clan claiming descent from the younger brother of the famous patriot Man Tin Cheung (Wen Tian Xiang,文天祥, 1236-1283). Before a battle against the Mongols which he knew he was going to lose, this Song dtnasty official gave silver to a younger brother, and told him to go to a remote area. The brother – or cousin according to https://en.wikipedia.org/wiki/Wen_Tianxiang - settled with his family members on Mosquito Island on the West side of the Pearl River Delta, where they had to drain a marsh and thus became experts in land reclamation. They later moved to marshy areas along the Shenzhen river,
​ 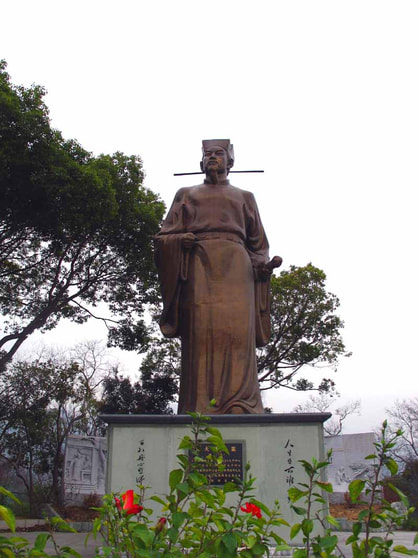 NOTES
[1] The `fourth hour’ corresponded roughly to 9.a.m.
[2] Anxur, originally a Volscian settlement (Tarracīna in Latin, Terracina in Italian), was the point at which the Appian Way first met the west coast. It was famous for the Temple of Jupiter Anxur on the hill overlooking it.
[3] Appi (or `Appii')Forum (`The Forum of Appius’), presumably named after Appius Claudius Pulcher, the builder of the original Appian Way, was a regional commercial centre about 55 kilometres from Rome. According to Acts 28:15, when St. Paul, exercising his right as a Roman citizen to appeal to the emperor, made his final journey to the capital (c.60 A.D.) Christians from the city came as far south as Trēs Tabernae (Tre Taverne, Three Taverns’) and Apii Forum to escort him (see the map on p.26 ). Ad Alpes is set in 138 A.D. so the man must have been in his eighties to remember the incident,

NOTES
[1] vērī simile literally `   similar of the truth’; similis can take the genitive as well as the dative
[2] orbis terrārum (sometimes abbreviated to orbis) was the standard expression for `the world’
[3] Subjunctive in a relative clause of characteristic (i.e. `no place in the world is the kind not to have Christians’).
[4] Pliny was governor of Bithynia et Pontus on the south coast of the Black Sea (see fn. 12 on page 4 above) from 110 till his presumed death around 113 A.D. Pliny’s letter to Trajan and the emperor’s reply (10.96 and 97) are included in the Pliny selection in Wheelock’s Latin Reader.

NOTES
[1] Adverb from the adjective rītus, -a, -um but (like male from malus) has a short final vowel instead of the regular ē,
[2] i.e they had involved themselves in evil deeds.

NOTES
[1] `Caesar’ (like `Augustus’) had by now become a title for any emperor rather then a personal name
[2] negāssent is a contraction of the pluperfect subjunctive negāvissent, and similarly in the next line adōrāssent of adōrāvissent.

NOTES
[1] The fire started on the night of 18-19 July 64 and burned for about a week. In addition to his unpopularity with the Roman aristocracy, suspicion of Nero may have resulted from his using a large part of the cleared land to construct a new palace, the Domus Aurea (`Golden House’). Pliny the Elder and the historians Suetonius and Dio Cassius state his responsibility as a fact, while Tacitus reports but does not endorse the charge. See https://en.wikipedia.org/wiki/Nero#Great_Fire_of_Rome
​