QUESTIONS ARISING FROM 109th. MEETING – 23/3/2020
(the record of earlier meetings can be downloaded from the main Circulus page as can the version of Ciceronis Filius with illustrations added. The illustrated text of Genesis is available on the Genesis page, of Kepler's Somnium on the Somnium page and of Nutting's Ad Alpes on the Ad Alpes page).

Because of the worsening virus situation, the meeting was held virtually on the Zoom system rather than in the Basmati restaurant, though some of us bought take-awy food from the restaurant to eat before or after the on-line discussion
Because John forgot that we had not read the final section of chapter 22 in February, we went straight on to tackle chapter 23 (see below). This included reference to the cult of Diana Nemorensis in the Alban hills, which was traditionally presided over as priest by a runaway slave who obtained the position by killing his predecessor, as described in Macaulay’s famous lines fron the second of his Lays of Ancient Rome:

`Those trees in whose dim shadow
The ghastly priest doth reign
The priest who slew the slayer,
And shall himself be slain.’
​ 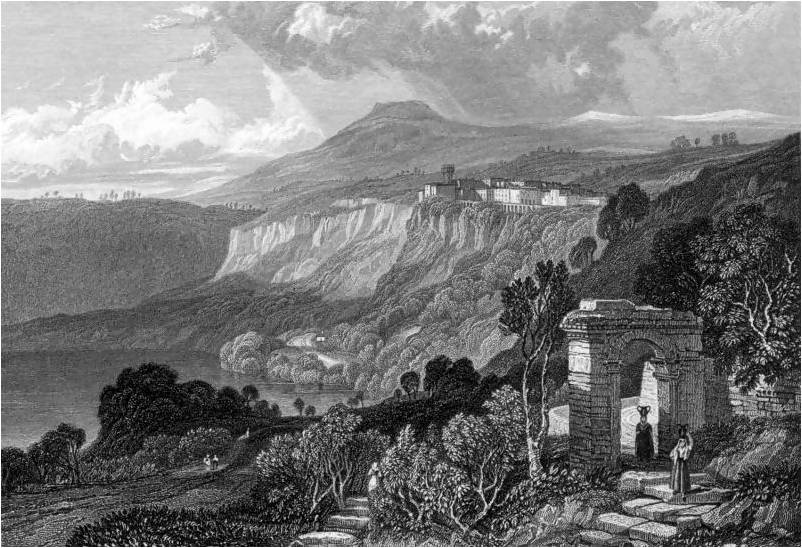 Lake Nemi, near which stood the shrine of Diana Nemorenis

The Nemi cult is linked by the Virgilian comentator Servius, with the `golden bough' , which in Book VI of Virgil's Aeneid allow's the hero to descend safely to the Underworld. Sir James Frazer accepted Servius’s statement that the challenger for the priesthood needed first to break off a bough from a tree and made this the key motif in his mammoth comparative study, The Golden Bough. However, there is considerable doubt whether a bough, golden or not, had any role at Nemi and Virgil's story (retold in chapter 33 of Ad Alpes), which is set near Lago Averno, 100 miles to the south, might be based on a purely local legend from the Naples region or just on his own imagination.  For a discussion of the whole issue, see C. Bennett Pascal's 1976 article, `Rex Nemorensis', and for both the popularity of Frazer's famous work and the controversy surrounding his claims, Mary Beard's 1992 essay, `Frazer, Leach and Virgil: the Popularity (and Unpopularity) of the Golden Bough'.

We noted that Onēsimus, the name of the elder slave in Ad Alpēs, means `useful’ in Greek. It was most famously born by a Christian slave who St. Paul reconciled with his master, also a Chritian

We discussed breifly the dispute over where to put the stress on compound verb forms like advenit or reducō, Most experts now believe that these were treated as ordinary words, with the stress going on the prepositional prefix if the first syllable of a bisyllabic basic verb form was short.. Confimation of this view is provided by the practice of poets at the end of hexameter lines. We know that the the fifth and sixth feet normally began with a syllable stressed in ordinary speech and a quick check of the first two or three hundred lines of Metamorphoses Book I shows Ovid in a couple of lines placing a prefix at the start of the 5th foot:

Compounds with faciō or fīō may, however, have kept the stress on the basic verb and practice may have changed in the Middle Ages.

We noted that there was no doubt at all that perfect particples like agnitum, cognitum etc. needed to be stressed on the antepenultimate and also that the word `quarantine’, in very frequent use nowadays, is derived from Latin quadragintā (forty) via Italian quarantino (period of forty days) because this was often the length of time a ship from a plague-infected area was required to remain at anchor out to sea before it was allowed to dock, 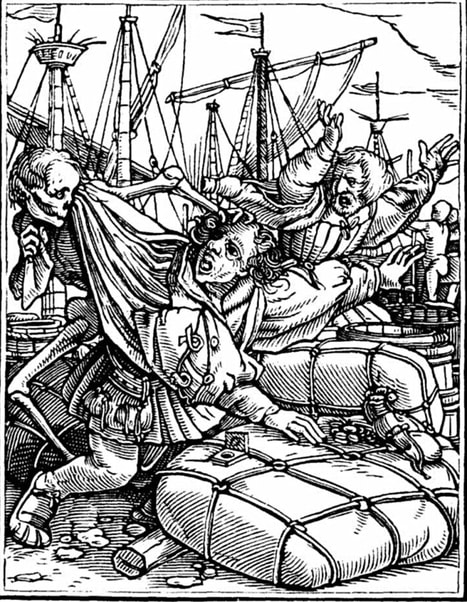 NOTES
[1] This hill, nowadays normally called Monte Cavo, is the highest point in the Alban Hills which lie just south of Rome. Its summit, approached by a 5 kilometre track from the Via Appia at Aricia, was the site of the ancient cult of Jupiter Latiaris, believed to date from the period when the nearby city of Alba Longa was the most important Latin settlement. The rites were continued when Rome destroyed Alba Longa and absorbed its inhabitants. The senior magistrates were required soon after taking office to proclaim on the hill the annual `Feriae Latinae’ (`Latin Festival). The temple site was occupied in the Middle Ages by a Christian hermitage, then by a monastery later converted into a hotel and finally into the present-day telecommunications station. See https://en.wikipedia.org/wiki/Monte_Cavo, https://en.wikipedia.org/wiki/Epithets_of_Jupiter#Iuppiter_Latiaris and, for photographs of the `Via Sacra’ (Sacred Way) up the hill, https://www.atlasobscura.com/places/via-sacra

[2] Referring to lines 5-7 of Book 1 of the Aeneid, which summarise how the city Aeneas founded in Italy (Lavinium) was the origin of the Romans’ Alban ancestors and of Rome itself.  Aeneas’s son Ascanius (alias Iulus), the supposed ancestor of Julius Caesar and Augustus, left Lavinium to found Alba Longa and, many generations later his descendant Romulus founded Rome.

[3] For details of the temple cult and of its priest, see https://en.wikipedia.org/wiki/Rex_Nemorensis The method of succession, possibly no longer followed in the 2nd. century A.D., is summarized in Macaulay’s line: `Those trees in whose dim shadow /The ghastly priest doth reign/ The priest who slew the slayer,/ And shall himself be slain.’ Sir James Frazer famously argued in The Golden Bough that the story was repreenative of a world-wide myth of a king who had to die to preserve fertility.

[4] Literally `which I might know’ A gentler side of the Nemi cult is revealed in objects excavated in 1885 and now in Nottingham Castle Museum (see https://nemitonottingham.wordpress.com/


[1] Ablative of the supine (dictum), which is regularly combined with adjectives in this way.

[2]quō propius…eō plūra: literally `by what amount nearer, by that-amount more’, i.e. the nearer they got the more they saw. This is a common construction with comparatives.

[3] incenderent: subjunctive in a clause of chacteristic; they saw the kind of thing to inspire curiosity.


[1] The Campus Martius was an open area NW of the original city where military training was conducted and public meetings sometimes held.

[2] Suetonius wrote lives of Julius Caesar and of the first eleven emperors (see the note in chapter XIV).

[3] Mausolus was the Hellenized ruler of Caria in SW Asia Minor from 377-353 B.C., when the country was nominally a province of the Persian Empire. His tomb in Halicarnassus was reckoned one of the Seven Wonders of the ancient world. See https://en.wikipedia.org/wiki/Mausolus

[2] Cremona is a city in northern Italy on the River Po about 100 kilometres SE of Milan.

[3] Literally `worthy with this Mausoleum’; dignus can take the ablative as well as the genitive.


[1] Palātium (-ī, n), from which English `palace’ derives, was originally the name of the hill south of the Forum but later was applied to the imperial residence built there and then for palaces in general

[2] Vitellius had actually tried to abdicate when his forces were defeated by those of Vespasian, at another battle near Cremona, but was prevented from doing so by his supporters. Vespasian’s men therefore had to fight their way into Rome, incurring heavy casualties. The ‘Gemonian Stairs’, which no longer exist, may have beemn constructed in Tiberius’ reign (14-37 A.D.) and led down from the Capitoline to the Forum, probably near the present-day via di San Pietro in Carcere. The condemned were regularly strangled, then thrown down the steps and their bodies left to rot for some time before being thrown into the Tiber. See https://en.wikipedia.org/wiki/Gemonian_stairs

[2] The Porta Appia (now known as the Porta San Sebastiano) was the gate in the Aurelian Wall through which the Appian Way entered Rome. However, construction of this wall began onlyin 271 (see https://en.wikipedia.org/wiki/Aurelian_Walls), so in 138, when the story is set, the only gate travellers passed through was the Porta Capena in the 4th, century B.C.`Servian Wall’! Although by the 2nd century A.D. the built-up area had expanded well beyond this older wall, no need was felt for further defences until the `Crisis of the 3rd Century’ when barbarians breached the empire’s frontiers.

[3] A Roman mile was a thousand paces (mīlle passuum), hence the derivation of the English word `mile’. The Roman unit is estimated to have been only 0.92 modern miles.