There was the usual discussion of Latin names for dishes consumed. We had ordered Peking duck in advance (as required by the restaurant) and the standard Chinese for this is北京(填)鴨 (bàk gíng (tìhn) ngaap), which would translate as anatīna Pekingensis. The 填 (`stuffed’) character would be naturally translated as farta (from farciō, farcire, farsī, fartum, `stuff, cram’) but since anatīna refers to duck as food rather than the live animal (anas, anatis f), the extra word is better omitted. Colloquial Cantonese also refers to the dish as pín pèih tìhn ngaap (片皮填鴨 - `peeled skin stuffed duck’). John had not recognised this phrase when used over the telephone while he was making the reservation so he was relieved to find he had after all ordered the correct dish. On the question of whether Beijing Duck does in fact have any connection with Beijing, see http://www.cantonese.sheik.co.uk/phorum/read.php?12,67074,page=2

The puzzle of why testis means both `witness’ and `testicle’ came up and Don mentioned Joshua Katz’s theory that there was an old Italian practice of swearing an oath or making a solemn declaration whilst holding one’s own or someone else’s testicles.  Katz’s article is conveniently summarized by Larry Myer in his blog at http://www.carmentablog.com/2014/09/26/witness-testicle-linguistic-analysis-latin-word-testis/. The evidence cited is principally the existence of a similar practice in West Asia and the reference in the Iguvine Tablets to a sacrificer dedicating an animal to Jupiter whilst holding in his hand urfeta, which, on rather convoluted reasoning, might mean `testicle’  The tablets are in Umbrian, an Italic language closely related to Latin, date from the 3rd to 1st century B.C. and were discovered in 1441 near the town of Gubbio (ancient Iguvium). For a description of their contents, see https://en.wikipedia.org/wiki/Iguvine_Tablets .

There is finally an older theory that the anatomical testes were so called because they were `witnesses’ to the man’s virility. Whilst all this is very speculative, baboons do grasp each other’s genitals as an indication of alliance – see https://www.psychologytoday.com/blog/games-primates-play/201112/testify-comes-the-latin-word-testicle 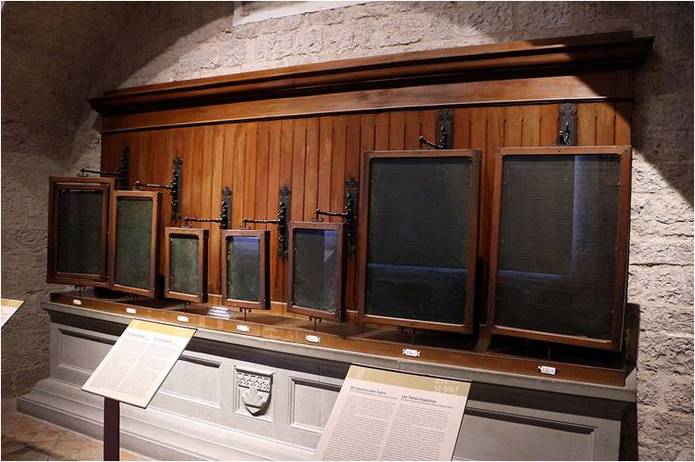 We also touched on the Opium Wars and on what if anything was taught about them in Western schools. Tan remembered hearing about them as a child in Australia but imagining that Britain must have been fighting to stop rather than protect the drug trade. John pointed out that at the time there was no legal restriction of drugs in the UK itself and that there were even records of Queen Victoria ordering cocaine-laced sweets. He himself was not sure what if anything he had learned on the issue at secondary school but had had to read about it as a graduate student working on 19th century Nepalese history. The First Opium War (1839-42) had coincided with tension between British India and Nepal which almost resulted in a second war between the two (there had already been a conflict in 1814-1816). Commissioner Lin, the Qing official who had tried to suppress the opium trade, was one of a faction within the mandarinate which hoped to encourage Nepal and other Asian powers to oppose the British as part of a strategy of `using barbarians to fight barbarians.’ On Lin and his associates,  see James Polachek’s The Inner Opium War (details at https://www.amazon.com/Inner-Opium-Harvard-Asian-Monographs/dp/0674454464 ). The British side were anxious to sell opium in China to balance the outflow of silver need to pay for their purchase of tea, then becoming more and more popular in Europe. For a map of the territory ceded to Britain in 1842 and 1860 as a result of the conflict see http://linguae.weebly.com/acquisition-of-hong-kong.html 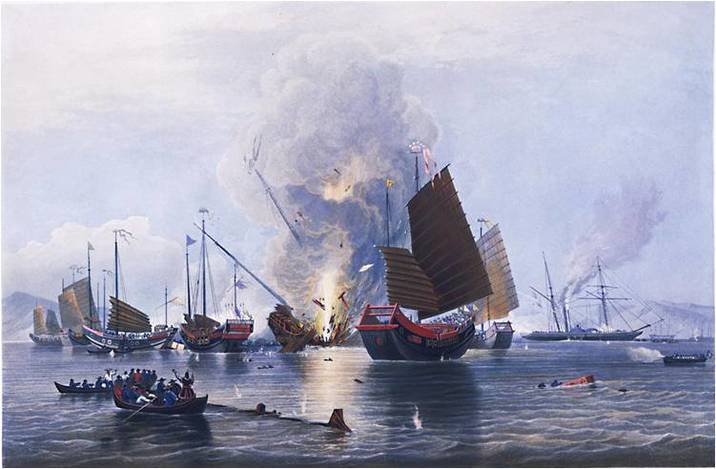 After dinner we read further sections of Ciceronis Filius, (see below), all dealing with Roman dining. Don wondered whther mulsum, the mead or honey-wine consumed during the first part of the meal, was etymologically connected with the verb mulgeō, mulgēre, mulsī, mulsum/mulctum, `milk.’ Lewis & Short connects it instead with mulceō, mulcēre, mulsī, mulsum/mulctum, `stroke, caress’. Since, however, the two verbs have identical perfects and perfect participles, some link still seems possible.

Don  noted that magīrus, chef, was also the name of a German make of car, manufactured in Ulm. This reminded John of the origin of another car name `Audi,’ which is the Latin for `Listen!’ and was adopted because the founder’s of surname had the same meaning in his own German dialect. This in turn prompted mention of Don’s own surname, Gasper, which comes from the Persian word for `treasurer’ and in the slightly different form `Kaspar’ was also borne, according to medieval tradition, by one of the three Magi who brought gifts to the infant Jesus.

Out text contained several contracted forms of the pluperfect subjunctive (e.g. fermentāsset for fermentāvisset). These forms were the origin of the imperfect subjunctive in the modern Romance languages – e,g, Italian (io) amassi, French j’amasse and Spanish (yo) amase (all from amā(vi)ssem, `I would have loved’). The original Latin imperfect
subjunctive, amārem, was lost completely in French and Italian but survived in the Spanish amara, actually now a
common alternative to amase. To the dismay of most second language learners, the imperfect subjunctive is still very
much alive in Spanish and Italian despite  virtually disappearing from French. For details of evolution of the Spanish
forms, see http://www.orbilat.com/Languages/Spanish/History/Subjunctive/Spanish-Subjunctive_Evolution-04.html

Finally, Don pointed out that garum, the fermented fish sauce so popular with the Romans, was rather similar to a Vietnamese sauce and that, as well as the parrot tongues (linguae psittacorum) mentioned in the text, the Romans were particularly fond of larks’ tongues (linguae alaudārum). 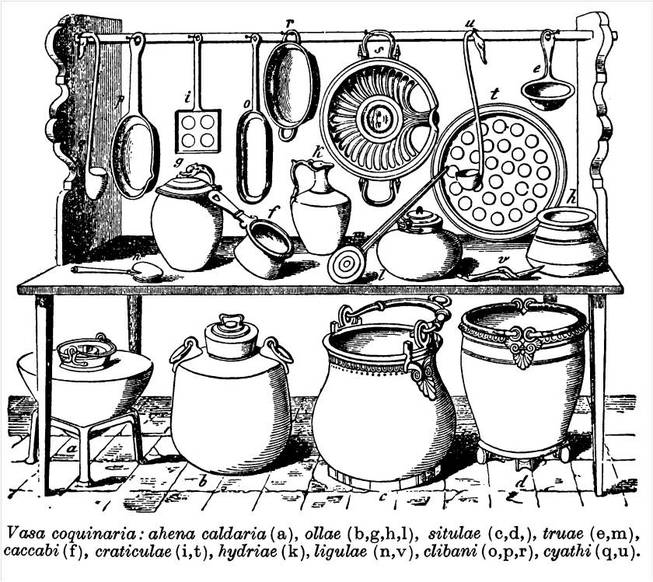