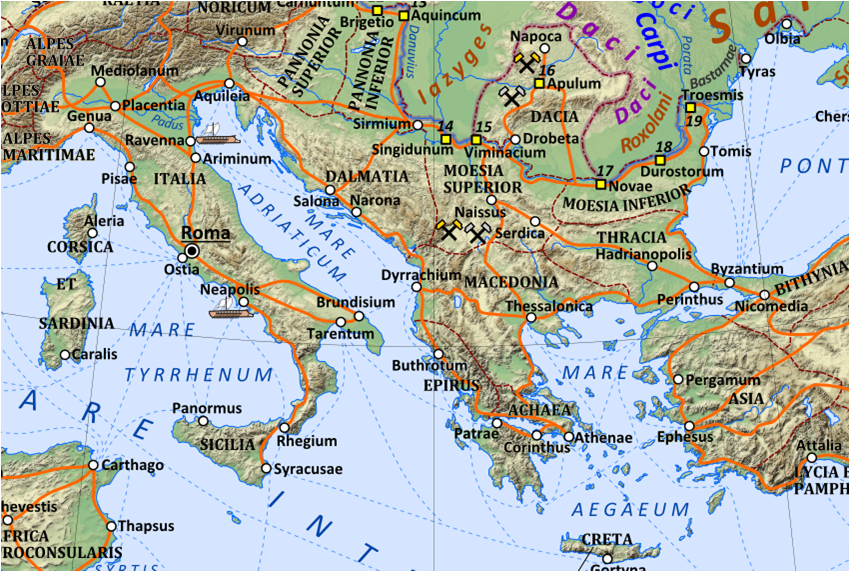 Herbert Nutting's Latin novel Ad Alpes: a Tale of Roman Life is a reader for intermediate students originally published in 1923 and narrating the  voyage of a Roman  family in 138 A.D. from Ephesus in Asia Minor, where the father, Publius Cornelius, had been serving as a government official, back to Italy and then overland to the Alps, passing through Brundisium (Brindisi), Rome itself, Ariminum (Rimini) and Placentia (Piacenza).  During the journey, Cornelius, his wife Drusilla, sons Publius and Sextus,  daughter Cornelia and Greek slave Onesimus tell each other stories from Roman history and Graeco-Roman mythology, whilst Anna, the Hebrew nanny looking after their infant son, Lucius, contributes tales from the Old Testament.

The text of the 1927 edition can be read on-line on the Hathitrust site and the book has recently (2017) been re-issued, with some corrections, by Daniel Pettersson,who runs the very valuable learner-support Latinitium.com site with Amelie Rosengren.  Details of this new edition, including a sample chapter and  links to order the book itself and  studio recordings of the text, are available on their site

​Please note also that the files have been uploaded without the thorough double-checking that would take place before regular publication, so quite a few typos etc.  were not caught. I am grateful to my students and to Todd Shandelman for finding some of these and would be glad to hear from anybody whodiscovers others from anyone who discovers others.

Note that in chapter 6 the recording of the hexameter line Brachhiaque ad caelum, quod nōn videt, irrita tollēns fails to observe the elision of the e in que; also that in chapter 14 īnstitōrī is pronounced with a short "o" and consequently with the stress wrongly on the second syllable;  the last word in chapter 37 is pronounced as dīvertērunt instead of the correct dēvertērunt; and circum at the start of chapter 38 is mispronounced as sircum

Chapter 19 draws on two letters of Pliny  (VI.16 and V.20) describing the eruption of Vesuvius in 79 A.D. The full text of the originals, also with interlinear translation added, is provided in the  file vesuvius_transl.doc and a more idiomatic translation, without the Latin, at https://igppweb.ucsd.edu/~gabi/sio15/lectures/volcanoes/pliny.html

Chapter 33 describes the `golden bough' , which in Book VI of Virgil's Aeneid allow's the hero to descend safely to the Underworld. This story is linked by the Virgilian comentator Servius, with the fugitive slave priest at Nemi in the Alban hills, who famously got his position by killing the previous holder and was destined himself to be killed in the same way. Sir James Frazer accepted this link and made the story the key one in his  mammoth comparative study, The Golden Bough. However, there is considerable doubt whether the challenger for the Nemi priesthood needed to break off a bough first and Virgil's story, which is set near Lago Averno, 100 miles to the south, might be based on a purely local legend from the Naples region or just on his own imagination.  For a discussion of the Nemi cult, which is described in chapter 23 of Ad Alpes, see C. Bennett Pascal's 1976 article, `Rex Nemorensis', and for both the popularity of Frazer's famous work and the controversy surrounding his claims, Mary Beard's 1992 essay, `Frazer, Leach and Virgil: the Popularity (and Unpopularity) of the Golden Bough'.

The PowerPoint at the bottom of the page gives some details, in Latin only, of the career of Gnaeus Iulius Agricola, governor of Britain from 77 to 85 A.D., who is mentioned in chapter 32 of the reader.
​
Brief details of Herbert Nutting's career  at Berkeley and academic interests are included in Joseph Fontenrose's 1982 essay Classics at Berkeley: the First Century 1869-1970. Nutting's recounting of  episodes from Roman history is in general reliable but note that in chapter 20 he wrongly places Hannbal's escape from encirclement in the `Falernian Field' (217 B.C.) after instead of before his victory at Cannae (216), while in chapter 23 the family pass through the Porta Appia in Rome's Aurelian Walls, which were not in fact constructed until more than a century after 138 A.D.

Nutting follows the Vulgate in using the spelling `Moyses' rather than `Moses' for the Old Testament but wrongly marks the first vowel (o) as short.  The length of the second vowel is uncertain so either Mōysēs  (stress on the first syllable) or Mōȳsēs (stress on the second) might be correct. The recording uses the first alternative but with an incorrect short o. I am grateful to Derek Spears for helping to investigate this point. 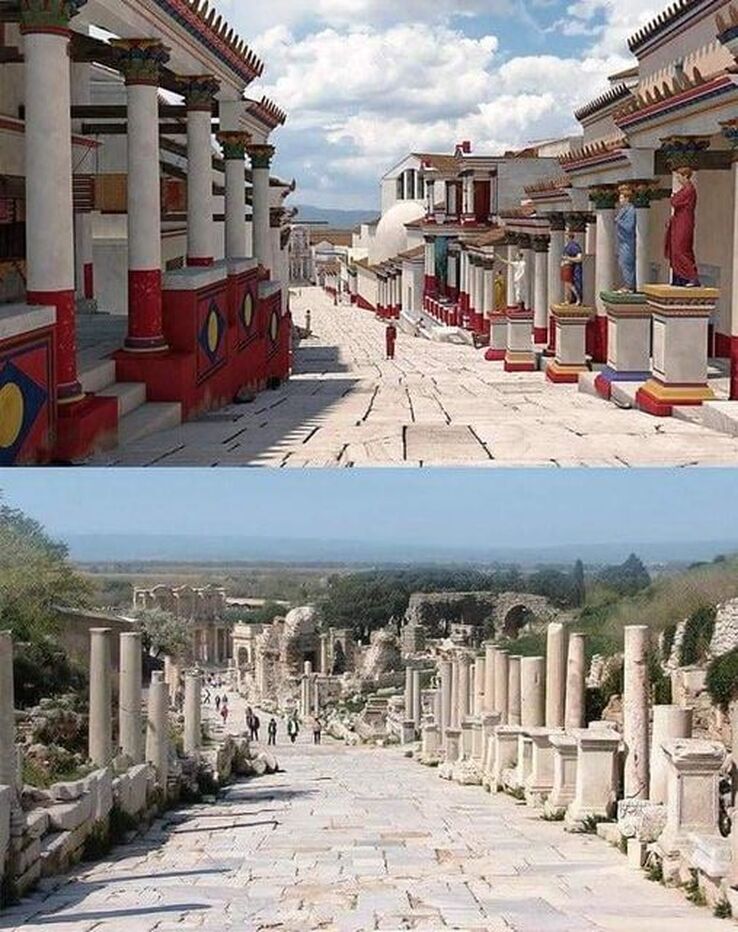 Curetes Street in Ephesus - then and now (chapter 1)
https://www.facebook.com/GreeceHighDefinition/ (adapted  from https://virtualreconstruction.com/wp/?p=615
​ 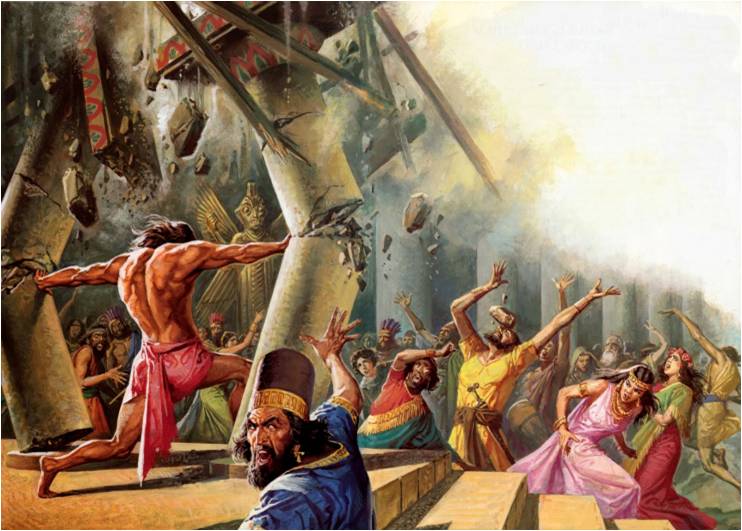 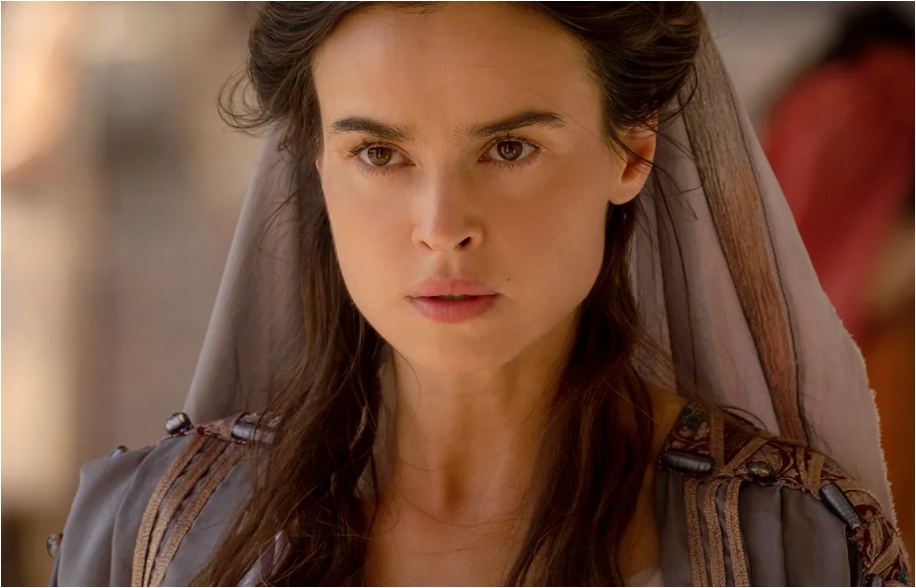 Livia Drusilla, wife of the emperor Augustus, as a 15-year-old bride of her first husband, Tiberius Claudius Nero (portrayed by Nadia Parkes in the 2021 Sky Atlantic series `Domina') (chapter 28)
https://www.bbc.com/culture/article/20210506-the-truth-behind-ancient-romes-most-controversial-woman​
​ 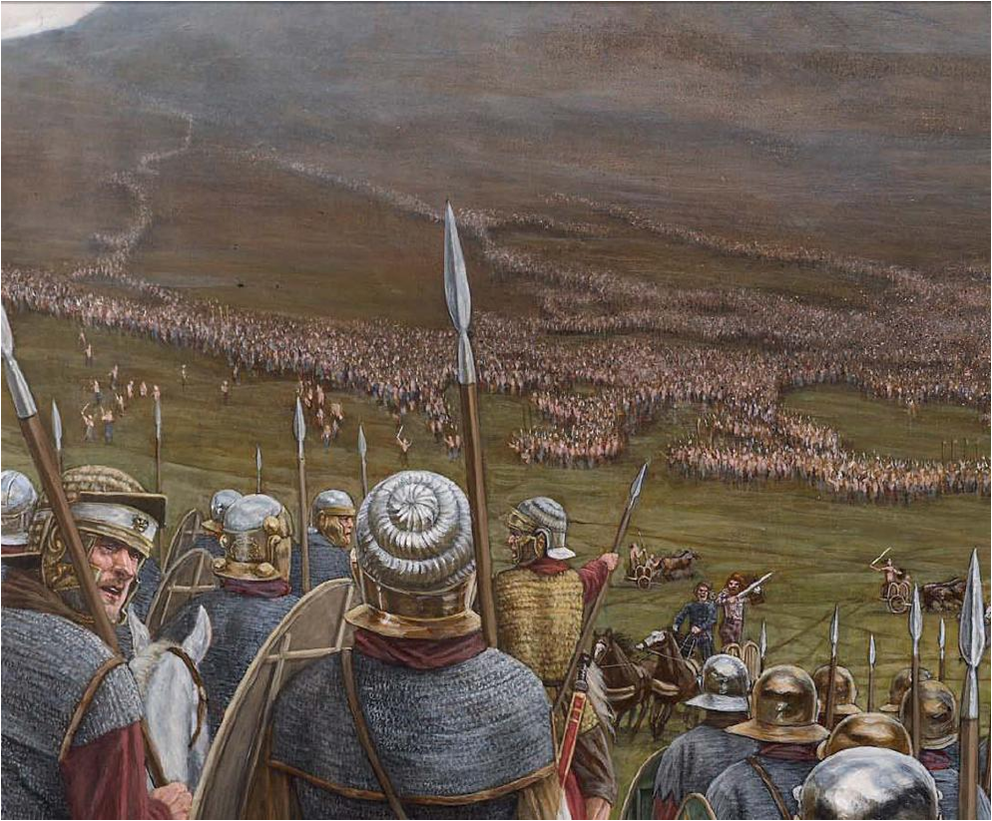 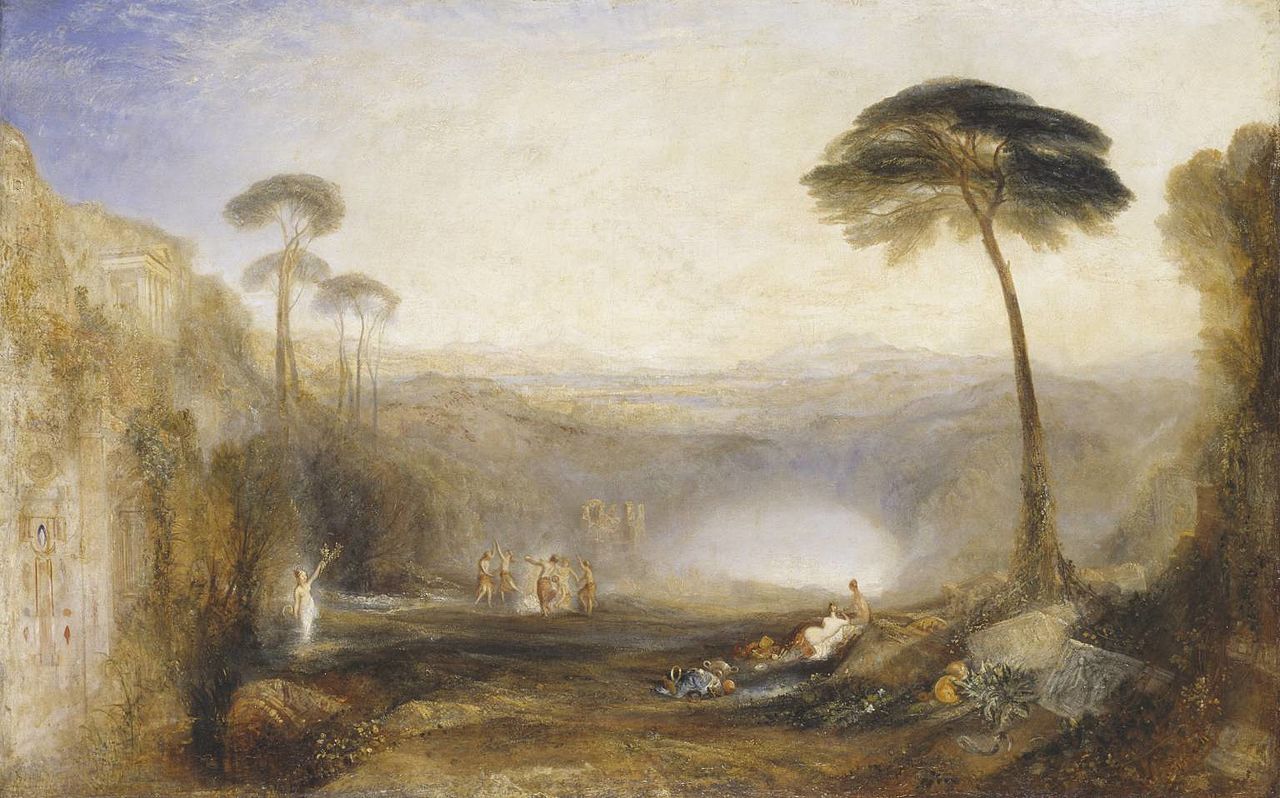 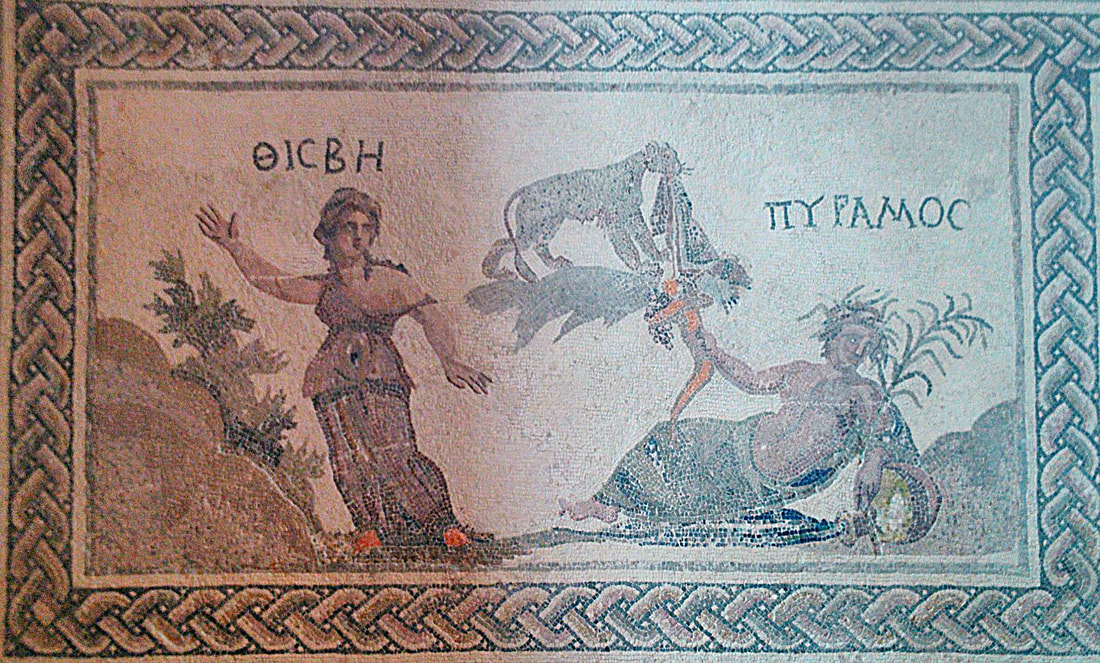 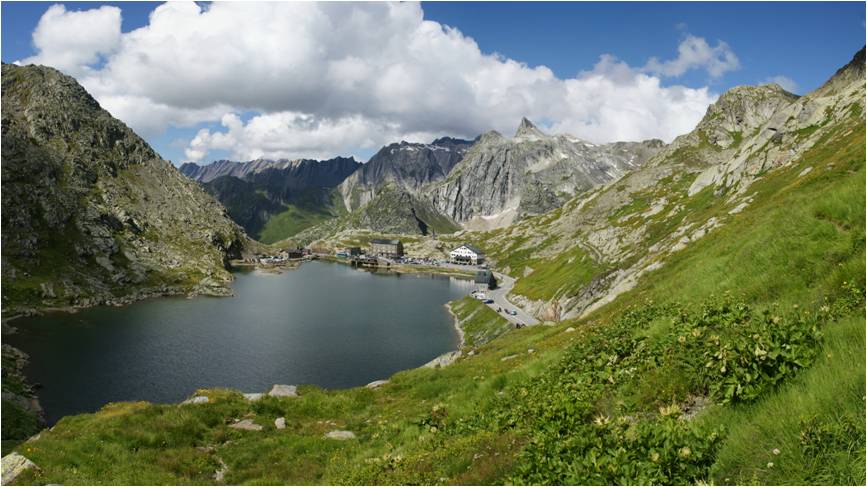 View towards Italy from the Great St. Bernard Pass through the Pennine Alps (chapter 40)
https://en.wikipedia.org/wiki/Great_St_Bernard_Pass