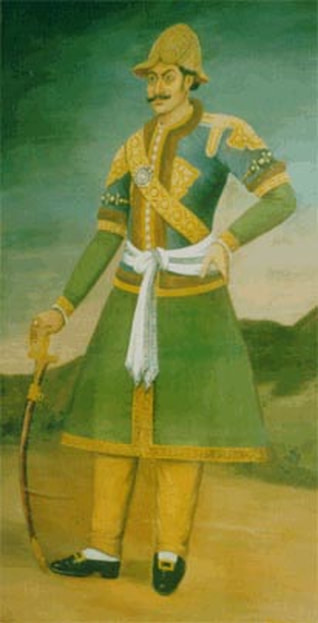 As with other disciplines scholarship in history can be compared with a chorten on a mountain pass which grows as each traveller throws on another stone. Everyone wants to feel that they’ve contributed an especially well-formed or polished piece but the real significance lies in the whole structure, not the individual pieces. Nevertheless some names do stand out, including, of course, Sylvain Levi, the first scholar to write a history of Nepal based on a systematic survey of all the sources available to him, then Dilli Raman Regmi, Mahesh Chandra Regmi, Ludwig Stiller and Leo Rose.

The first historian to receive the Bhimsen Thapa award was Chittaranjan Nepali, a very natural choice as the author of Bhimsen Thapa ra Tatkalin Nepal. He was followed by Dhundi Raj Bhandari, whose Nepalko Alochanatmak Itihas I remember taking back to the UK in 1974 at the end of my time here as a VSO. The third, Madhav Raj Pande, was director of CNAS when I was in Nepal as a graduate student in 1982-3 and his`How Jang Bahadur established Rana rule in Nepal’ was one of the resources I made use of.  The last two recipients have been institutions  - Tribhuvan University’s Central Department of History and the Itihas Samshoddhan Mandal.  Amongst the distinguished scholars working at TU are Triratna Manandhar, Vijay Manandhar  and Bhaveshwar Pangeni whilst the Samshoddhan Mandal’s painstaking work has become well-known even amongst those who do not read Nepali because of the extensive use of their findings made by Mary Slusser in her Nepal Mandala.

Historical scholarship involves both careful mining of primary source in the archives and also synthesising the material and looking for significant patterns. The first is a mainly a task undertaken by academics but others often make significant contributions in the other two areas. The standard account of  Nepal’s political history since Prithvi Narayan Shah remains Rishikesh Shah’s Modern Nepal, which does incorporate some archival material but is mostly based on secondary sources. Comparable in some ways is a more recent contribution,  Sagar Shumshere Rana’s Singha Durbar. Both these works are strengthened by the authors’ own family background  and personal memories of events at the end of the Rana period.

Detailed work in the Nepali archives is obviously easier for those brought up in this country and this is one reason for the contrast pointed out some years ago by Pratyoush Onta between the history and anthropology of Nepal: the bulk of the output in the former discipline has been authored by Nepalis, in anthropology most of the standard works are by foreign scholars.  Foreign historians like myself are dependent on our own slow reading of carefully selected Nepali sources, my own usual method, or on commissioned translations, the most famous example of the latter being the work under the US Defence Dept-funded Himalayan Border Countries Project directed by Leo Rose.

For the colonial period, the foreigners’ handicap is lessened because so much material is available in the  archives in London and in India, which were mined by Indian scholars like Kanchanmoy Mojumdar and Ramakant to produce detailed studies of the relations between Nepal and British India . These archives provide  much of our information about Bhimsen Thapa and combined with information from Nepali records, much of it the work of Mahesh Chandra Regmi, formed the basis of Ludwig Stiller’s The Silent Cry. More recently the Indian archives for Bhimsen’s period have been used again by Kumar L. Pradhan in his Brian Hodgson at the Kathmandu Residency and Thapa Politics and by Bernardo Michael in his State Making and Territory in South Asia, a detailed study of the boundary disputes that led to the 1814-16 war and of the conflicting understandings of the whole concept of a boundary between states. My own work on Nepali politics in the mid-19th century similarly relied principally on British records. As a source for  Nepal’s internal affairs they are subject to the limitations of British bias or misunderstanding but they do present the kind of analysis rarer in the Nepali documents which usually record the final  decision rather than the discussion and conflicts which led up to it.

Any evaluation of Bhimsen Thapa must start with acknowledging that he could act with very great ruthlessness: the killings by which he secured his position in 1806 after the assassination of Ran Bahadur Shah prompt comparison with the Kot Massacre which brought Jang Bahadur to power forty years later, both events meriting chapters in Baburam Acharya’s Ab yasto kahilyai nahos. He was also the driving force behind the decision to go to war in 1814, which led ultimately to Nepal’s defeat and loss of a third of her pre-war territory. In addition, as Ludwig Stiller, has argued, he presided over a fiscal system which squeezed the cultivators to maintain an army larger than Nepal really needed.  However, despite all of that he was a highly skilled politician who maintained effective control of Nepal from 1806 until the early 1830s and who kept the country intact and independent after the Treaty of Sugauli. The tribute  by Brian Hodgson written after his death in 1839 has often been quoted but merits repetition:

`…the great and able statesman who for more than thirty years had ruled this kingdom with more than regal sway… the         uniform success of nearly all his measures had been no less remarkable than the energy and sagacity which so much                 promoted that success Nor am I aware of any native statesman of recent times, except Ranjit Singh [Maharaja of the                 Panjab from 1801 to i839], who is worthy to be compared with the late General Bhim Sen of Nepal.’

In his conduct of relations with the East India Company Bhimsen was a master at `playing both ends against the middle’, that is he managed to appear to the bharadari and the army as their champion against the British and to the British as their best defence against a resurgence of Gorkha expansionism.  In domestic politics he is conventionally seen as having relied on his alliance with Queen Lalit Tripura Sundari but Ludwig Stiller was surely right to suggest that an ability to balance different factions within the bharadari was also important.

Bhimsen’s skill in handling the British was seen in his conduct of the negotiation in 1816 which led to the return to Nepal of the eastern tarai.  The same year he showed his own confidence in the British by asking them, in the midst of a smallpox epidemic in the Kathmandu Valley, to provide vaccination with the weaker cowpox virus, a method pioneered in Europe by Edward Jenner. A number of families, including Bhimsen’s own, received vaccination but King Girvana’s  was delayed and he died of the disease in November.

Bhimsen was able to retain the full confidence of Brian Hodgson’s predecessors as Resident in Kathmandu and  Hodgson himself, shared this attitude at least until 1830, when he was serving as Acting Resident. In September that year Bhimsen told Hodgson privately how difficult it had been for him to persuade his fellow countrymen to keep the peace since  1816 and promised to give the British three or four months’ advance warning of an attack should his own advice against war be rejected. Hodgson immediately wrote enthusiastically to Calcutta on the necessity to `keep Bhimsen at the helm’ and `the perfectly satisfactory manner in which every object of the alliance with Nepal has been accomplished under the internally vigorous and just and externally pacific administration of Bhim Sen.’

As is well-known, Bhimsen in the end failed to keep this confidence and by July 1833 Hodgson was writing to the governor-general that `at the  bottom of Bhimsen’s profound character I have at last discerned, as I conceive, an intense hatred of us.’  In my book Kings, Soldiers and Priests and my chapter in David Waterhouse’s Origins of Himalayan Studies I wrongly stated that Hodgson temporarily regained his trust in Hodgson in September 1833. This mistake arose because the 1830 letter I quoted a moment ago was wrongly bound in a volume of the Nepal residency records with correspondence for  1833 and it was only last summer that I saw the volume again in London and realised the correct year.

The weakening in Bhimsen’s position after the Queen regent’s death in 1832 was determined by internal factors, not by the British residency, but Hodgson was definitely sympathetic to those like Ranjang Pande and Gujraj Mishra who were encouraging King Rajendra to take direct control of affairs. As the decade progressed, Bhim Sen tried to move closer to the British to buttress his internal position but Hodgson effectively rebuffed him by obstructing the plans of his nephew Mathhbar Singh to travel as ambassador to Britain – this project was to be left to Jang Bahadur Rana.

By the time of Bhimsen’s suicide in prison in 1839 it was clear that the faction Hodgson had placed his hopes in was in fact trying to strengthen its own position domestically by playing the anti-British card. Just before the end, Hodgson sought permission from the governor-general, who had warned him to steer clear of factional struggles, to appeal to King Rajendra for clemency. When permission came, it was too late. From what Orfeur Cavenagh wrote a dozen years later, it is clear that many people believed an appeal would have been effective and the tears Hodgson shed when brought the news of Bhim Sen’s death and the lavishness of his tribute to him may have  resulted partly from  a guilty conscience: Hodgson  showed a disregard of official instructions on some other occasions and could have done so this time.

I’ll conclude with one question about Bhimsen Thapa. Other than the pursuit of power for himself and his family, what motivated him?  He has long been celebrated in Nepal as a great nationalist and it is true that he sought to protect and preserve the integrity of his state. However, he was not a nationalist in the modern sense of seeing Nepal as a community of equals bound together and respecting each other’s diversity. I suspect that his emotional identification was rather with Gorkha and  Prithvi Narayan Shah’s dynasty, and that he saw the area under the dynasty’s control, particularly the  tarai, more as an imperial possession. The work of transforming  an empire  into a  nation continues in Nepal as it does across the border in India and foreigners can only wish for success for both countries. 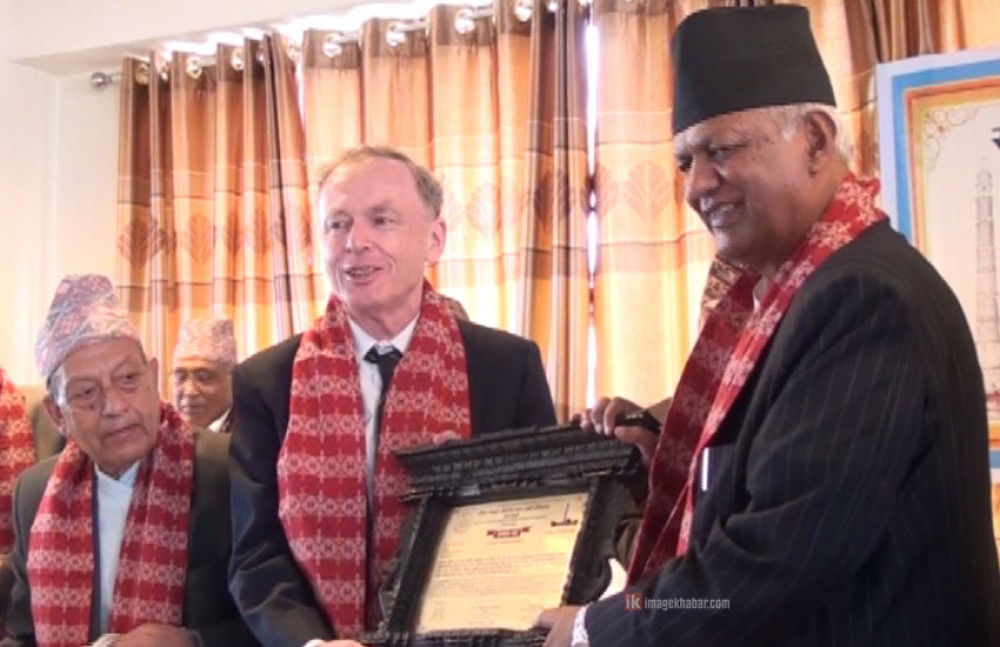