QUESTIONS ARISING FROM 102nd. MEETING – 28/6/19
(the record of earlier meetings can be downloaded from the main Circulus page as can the version of Ciceronis Filius with illustrations added. The illustrated text of Genesis is available on the Genesis page and of Kepler's Somnium on the Somnium page.)

`Okra’ could also be Latinized as ocra, -ae f or with its rather clumsy botanical name Abelmoschus esculentus. The vegetable’s distribution is from tropical to warm-temperate regions, including in Hong Kong, while Ethiopia, South Asia and West Africa have all been suggested as its place of origin (see https://en.wikipedia.org/wiki/Okra).

Eugene demonstrated some of his continuing work on the speech synthesis of Latin text, for which he is now developing colour coding. There are some examples of his results at https://linguae.weebly.com/latin-speech-engines.html   John was impressed but pointed out that using the system to get new texts read aloud required sophisticated computer skills and wondered if it would be possible to develop an `idiot-friendly’ dialogue box where we could simply paste in the words to generate the right sounds. Eugene thought this would be technically very difficult to do on our own, There is, though a facility of this kind provided by the Acapela site (see illustration below), which allows 300 characters can be processed at a time in the free version. Only modern languages are available, but these include Greek, so Homer, the New Testament etc. can be processed as long as you don’t mind the modern pronunciation. 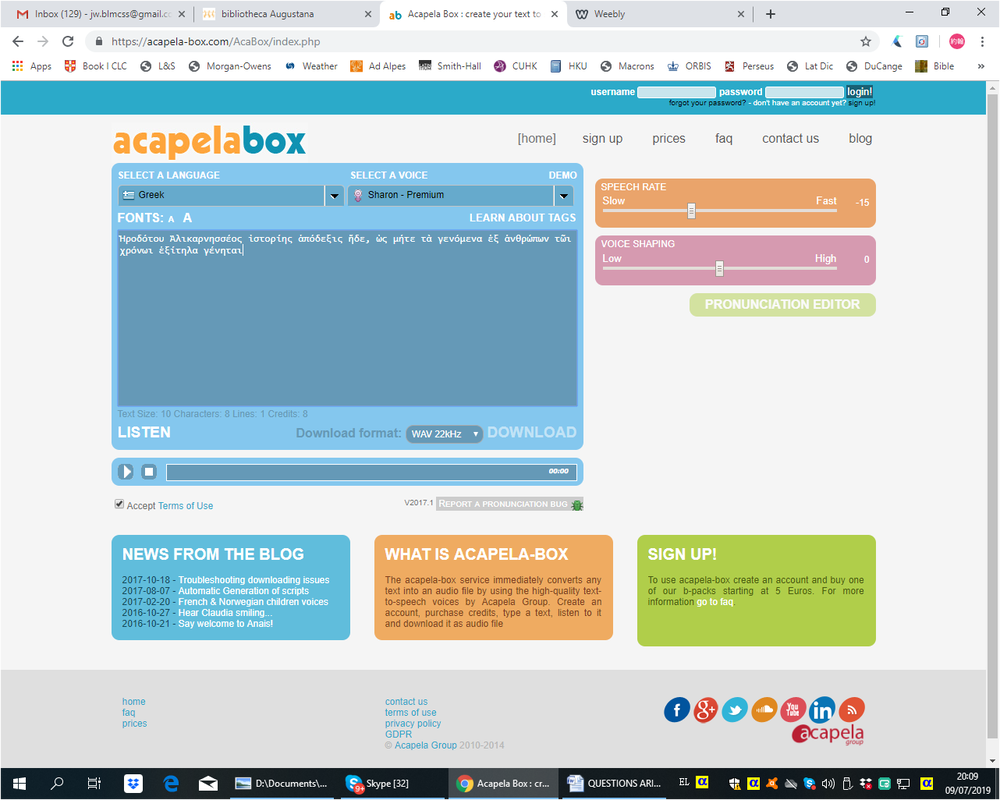 ​Malcolm mentioned Göbekli Tepe in SE Turkey (https://en.wikipedia.org/wiki/G%C3%B6bekli_Tepe), a Stone Age structure possibly dating from around 9000 B.C. – 6.000 years before the Pyramids and Stonehenge. He will be visiting the site himself this summer 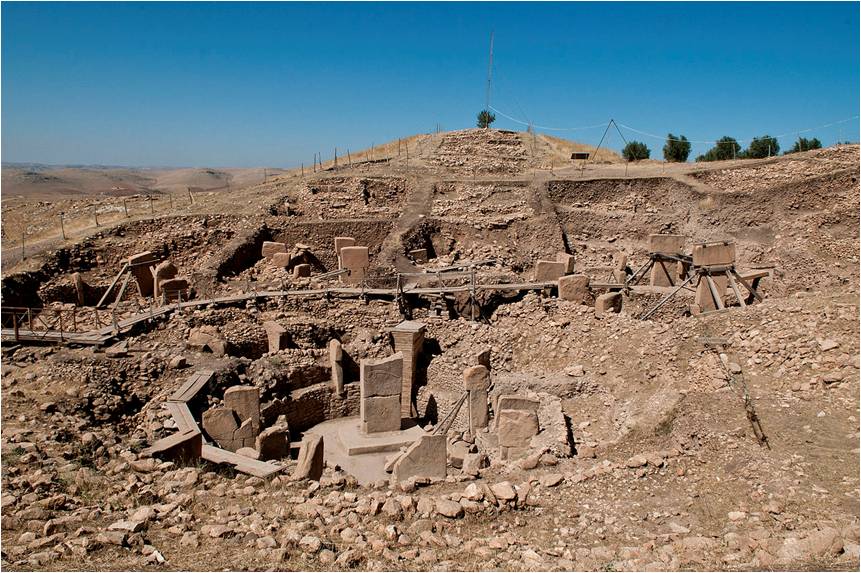 We read lines 177-231 of Aenedi IV and Tanya asked about a possible connection between the verb condō and English conduit. In fact the latter derives from condūcō ( -dūcere, -dūxī, -ductum), `lead together’, `hire’. Words from condō (condere, condidī, conditum, `place together, found, build, hide, bury’) include recondite and (via the variant verb condīre, `place in spices’, `pickle’) condiment. The family of verbs in –dō, -didī, -ditum derive ultimately from the PIE root *dhe (place, put) and, despite what John told his students until recently, not from dō, dare, dedī, datum (give), which developed from the PIE root with the same meaning, *do-  The perfect participle conditus –a, -um is used in the phrase Ab Urbe Conditā (`from the city founded’, i.e. `from the foundation of the city’). Abbreviated to A.U.C. this was used in a system of dating events from a base line of 753 B.C., the supposed year of Rome’s foundation (see https://linguae.weebly.com/roman-calendar.html) 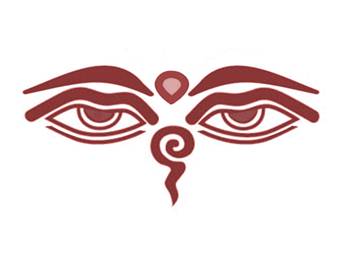 Someone asked if there was an etymological link between the Latin fāma (fame, reputation, rumour) and Greek φημί (phēmi, I say) and both in fact serive from PIE *bha- (speak, say). The Roman personification of rumour (Fāma with initial capital in modern printed texts) is described by Virgil as possessing eyes beneath all of the feathers that cover its body and Zhang Wei wondered whether there could be a link between this symbolism and the `Buddha Eyes’ or `Wisdom Eyes’ depicted on the sides of Buddhist monuments,  Although in both cases there is an underlying idea of nothing escaping notice, a direct connection is unlikely as the Buddha’s vision was seen as a positive force,

Malcolm again recommended Jessye Norman’s performance of `Dido’s Lament’, the mournful aria from Purcell’s Dido and Aeneas, which can be found at https://youtu.be/eRyec66Jp2c
John reported that he had finally got round to writing a suitably respectful letter to Professor Mary Beard, the UK’s leading historian of Rome, for a ruling on an argument between Malcolm and a friend over whether the Roman Empire reached its maximum extent under Trajan (98-117) or Septimius Severus (193 to 211) . John himself had thought we probably lacked the precise information to settle the question and Dame Mary’s rapid reply took the same line: `I think you are right. We can’t know for sure .. and it depends on how we define the borders. So there are different ideas. M’

John, who was preparing a lecture on earthquakes in Nepal (PowerPoint now available at the bottom of https://linguae.weebly.com/nepali.html ), mentioned the claim by James Palmer in his The Death of Mao: The Tangshan Earthquake and the Birth of the New China (London: Faber & Faber, 2012) that revulsion at the callous attitude of the `Gang of Four’ towards the victims of the July 1976 Tangshang earthquake had been a factor in their downfall shortly after Mao’s death the following month. Both Zhang Wei, who had been living in Beijing at the time and felt the earthquake, and Malcolm were sceptical about this. However, Zhang Wei later attended the lecture at the Hong Kong Anthropological Society and suggested that Mao’s death, which undoubtedly triggered the political changes, could have been hastened by the disaster.  Mao himself, though an atheist, was superstitious and susceptible to the old Chinese belief about rulers being in some way at fault when natural disasters occurred.

Malcolm referred to Mao’s record of causing more deaths than Stalin and Hitler combined and he recommended Weijian Shan’s Out of the Gobi; My Story of China and America for the disaster caused by the Great Leap Forward. Both Malcolm and I had heard of but not yet seen Julia Lovell’s Maoism – a global history, which looked at the influence of Mao’s theories and example outside China and included a chapter on Nepal.


NOTES
[1] Earth is said to have given birth to Rumour and the other Giants in anger at the gods for destroying the Titans, who had also been Earth’s offspring. Virgil, like many others, confuses the two categories as Coeus was in fact a Titan and Enceladus a Giant, who supposedly, like Typhoeus, was buried under Mt. Etna in Sicily. See notes at http://dcc.dickinson.edu/vergil-aeneid/vergil-aeneid-iv-173-197
[2] i.e. in between geaven and earth
[3] Accusative and infinitive construction giving the content of the rumours.
[4] Iarbas was the king of a neighbouring tribe and, by Pompeius Trogus’ account (see the details at https://linguae.weebly.com/conventus-apr-2019.html ), it was actually to avoid marriage to him that Dido had committed suicide,
[5] hic is the nominative singular masculine of hic, haec, hoc and thus has a short vowel (in contrast to hīc, `here’) but before a word behinning with `h’ or a vowel the final `c’ is pronounced double, making the syllable long,
[6] Hammon (or Ammon) was a ram-headed Libyan god equated with Jupiter. It is uncertain whether he should be connected with the Phoenician and Carthaginian god Ba’al Hammon, who the Greeks and Romans generally identified with Chronos/Saturn, See https://www.livius.org/articles/place/ammon-siwa/ammon-deity/
[7] The Garamantes were a nomadic tribe – or collection of tribes – living in the Sahara to the south of Carthaginian and Numidian territory (see https://www.livius.org/articles/place/garamantes/ in what is now SW Libya. Some scholars believe they dominated a much larger area (see map)
[8] The use of the pluperfect sacrāverat in line 20 suggests that the ever-burning fires were established before the temples were constructed. As pecudumque…līmina sertīs refer more naturally to the temples, pingue solum and līmina are then best taken as nominatives with the verb understood (`The floor is rich…’)
[9] Probanly a locative, even though in prose only names of cities and dmall islands, plus, humus (hround), rūs (`countyside’) and domus (`home’) have this case.
[10] `amidst the divind presences’ would be an idiomatic translation
[11] Abbreviation of ōrāvisse from ōrō (1), which takes a double accusarive.
[12] Mauretania in ancient times stretched from what is now central Algeria west to the Atlanti cand south to the Atlas Mountains. The name of the modern stte of Mauritania, situated on the Atlantiv coast further south is derived from it but situated on different territory,
[13] Lenaeus is another name for Bacchus, god of wine. Gods were frequently honoured by pouring winr onto the ground or onto their altar,
[14] murmur, murmoris n could refer to a low-pitched rumbling as well as to a low-volume, unclear sound.
[15] Iarbas’s expression is tantamount to `conditions of tenure’
[16] Maeōnia was an old name for Lydia, the kingdom which once covered much of Western Anatolia. A mitra, the word from which `mitre’ (bishop’s head-dress) derives was a headband, turban or bonnet, the wearing of which (or of any headgear other than a helmet in battle) was regarded as effeminate by the Romans. Iarbas equates the union of Aeneas and Didi with Paris’s abduction of Helen from Sparta.
[17] raptō is neuter ablative singular with lītore or rēgnō understood.
[18] One suggested idiomatic translation: `hug to our hearts an empty name.’
[19] The plural here is probably just used for singular, as very often in poetry, and so refers only to the future Rome. It is just possible that it is meant to include the earlier foundations of Lavinia (by Aeneas and himself) and of Alba Longa (by his son Iulus/Ascanius)
[20] The reference is to Venus saving her son from the Greek Diomedesearler in the air and then protecting him when Troy fell.
[21] Pharr suggsest that referet, prōderet and mitteret
[22] Teucer was the first king of Troy.
[23] This phrase might possibly refer to a supposed `civilising mission’ but more likely simply to the act of bringing others under one’s own jurisdiction,