QUESTIONS ARISING FROM 76th. MEETING – 31/3/17
(the record of earlier meetings can be downloaded from the main Circulus page as can the version of Ciceronis Filius with illustrations added)

We were not able instantly to come up with a Latin phrase for mapo daufu (i.e. bean curd with chili and a little mincemeat in sauce). An equivalent using purely classical vocabulary might be caseus fabārius anūs maculātae (`speckled old woman’s bean cheese’) but daufum cum capisco carneque (`tofu with pepper and meat’) would be clearer to the uninitiated and, throwing purism to the winds, mapodaufum would be simplest.  John explained that bacillus (little stick) was the word used by the early Jesuits for `chopstick’, a discovery made by Eugene after the Circulus had for some years been using the less authentic clavula (`little twig’). Nobody could remember the Latin for `vegetarian’ but subsequent investigation came up with the late Latin vegetārius. 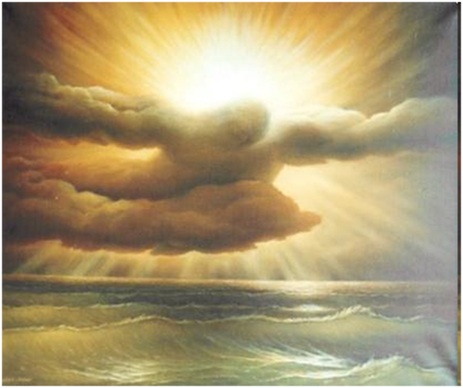 We read and translated chapter I of Genesis from the Vulgate, noting in particular the use of quod with the subjunctive with anticipatory placing of the subject in the main clause, where classical Latin would simply have used an accusative and infinitive. For example: vīdit Deus lūcem quod esset bona (`God saw the light that it was good’), equivalent to the earlier vīdit Deus lūcem esse bonam (`God saw the light to be good’). The later medieval construction was generally vīdit quod lūx erat bona, with the indicative and without any extraction of the subject into the main clause. The Vulgate often used the subjunctive, presumably reflecting that mood’s normal employment to focus on a statement’s existence in somebody’s mind rather than in reality although (at least in the Old Testament) it can also be a simple variant on the indicative without any difference of meaning. The quod plus subjunctive construction, though not standard in the Classical language, was occasionally used. For example in chapter 36 of the Bellum Hispanicum (written around 45 B.C.by one of Julius Caesar’s officers) we have Renūntiāvērunt quod Pompēium in potestāte habērent (`They announced that they had Pompey in their power’) and in the 2nd. Century A.D. biographer Suetonius (Life of Titus) recordātus quondam super cēnam quod nihil cuiquam tōtō diē praestitisset (`remembering once over supper that he had given nothing to anyone the whole day’). The Vulgate’s placement of the subject as an object in the main clause seems to be an imitation of the Greek idiom (εἶδεν ὁ θεὸς τὸ φῶς, ὅτι καλόν, `God saw the light that [it was] beautiful’). See the two references kindly provided by Eugene:
Nunn’s An Introduction to Ecclesiastical Latin (pp.51-54) https://archive.org/stream/introductiontoec00nunnuoft#page/50/mode/2up );
Plater and White’s A grammar of the Vulgate (p.120)
https://archive.org/stream/AGrammarOfTheVulgateByPlaterAndWhite/AGrammarOfTheVulgate#page/n127/mode/2up

We also noted other unclassical phrases For lūmināria sint in signa et tempora et diēs et annōs (literally `let the luminaries be into signs and days and times and days and years’) for which the Classical Latin would probably have been sint signa temporum et diērum et annōrum. Another rather strange idiom, presumably reflecting the structure of the original Hebrew is factum est vespere et māne, diēs ūnus (`it was done in the evening and the morning, day one’). The Bible Hub website provides an interlinear translation of the Hebrew text and the same site also has detailed commentaries that sometimes discuss linguistic issues but it is, of course, impossible to get to grips with the original without extensive prior study of the Hebrew language.

The contrast between Classical Latin can be convenient studied by comparing Jerome’s version of Genesis with Sebastian Castellio’s attempt to produce a translation in Ciceronian style (Biblia sacra, 1551). Chapter 1 of the latter can be read and listened to on Youtube at https://www.youtube.com/watch?v=52bP_qUcxYo  Castellio is best known today for his passionate defence of freedom of expression and condemnation of the execution at Geneva, on Calvin’s orders, of a theologian who had committed the `blasphemy’ of denying the doctrine of the Trinity (see https://en.wikipedia.org/wiki/Sebastian_Castellio ) 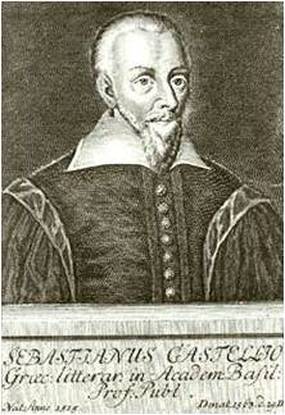 Also on the linguistic front we noted the use in Latn of all periods of an adjective on its own as an abbreviation of a noun-adjective phrase: eg. porcīna (literally of a pig) for carō porcīna (`flesh of pig’, ie. pork) or, in this week’s reading, ārida for (presumably) rēs ārida (`dry thing’, `dry material’). The very common word patria (native land, fatherland) is similarly an abbreviation for terra patria. The modern Chinese 祖國 (Cantonese: jou gwok, Mandarin: zuo gwo), literally `ancestor land’, `land of our fathers’ has a similar structure. Zhang Wei pointed out that this was a calque (loan translation) apparently introduced into the language from Japanese, there being no such phrase in classical Chinese. Finally Don himself pointed out that `Zhang Wei’ was the commonest two-syllable name in China. Zhang Wei explained that, though this was true of the Pinyin transliteration, the second character of 張渭 is relatively rare.

We did not have time to read the articles by Vittorio (`Victorius’) Ciarrocchi on Clara Hollingworth and on the celebrated photo of a sailor kissing a surprised nurse in Times Square on VJ Day in 1945 (see the plain Latin text at http://linguae.weebly.com/initium-et-finis-belli.html). It is intended to read these at the next meeting, by which time John will hopefully have been able to provide macrons and glossing. Don did, however, talk about meeting the lady herself  in Beijing in 1975 when she was serving as the first correspondent of a British newspaper and Don himself a member of the first British student party to take up residence there after China began to open up.

The text is the Clementine (1592) edition of the Vulgate, downloaded from http://www.sacred-texts.com/bib/poly/gen001.htm but with macrons added. The distinction between long and short vowels was probably beginning to break down in St. Jerome’s time (late 4th century) but it is better for learners to maintain the habit of pronouncing according to the classical norm, especially if they intend to read classical poetry. I have retained the use of `j’ for consonantal `i’, which was introduced in the Middle Ages and is normal in church texts. I have also kept the `æ’ for`ae’, even though the latter is more appropriate for the diphthongal pronunciation which I am recommending and which most philologists believe was standard until replaced by a simple vowel in late antiquity.
Note that the superscript numbers in the King James column of the Polyglot Bible give the original Hebrew word and its meaning(s).

NOTES:
[1] ferēbātur is literally `was being carried’.
[2] The use of quod (or quia) to introduce reported speech became common in post-classical Latin although the classical accusative and infinitive construction (vīdit lūcem esse bonam).
[3] factum est is best regarded as impersonal (`it was done’ or it came to pass’) whilst the phrase diēs ūnus (and similar expressions after each day of creation) is not part of the sentence structure (which would have required factus est) but tacked on like an item in a list Evenin is mentioned first as the Jewish day ran from sunset to sunset.
[4] The classical idiom would have been in mediīs aquīs
[5] i.e. rēs arida (cf. patria for terra patria (fatherland),  porcīna for carō porcīna (pork) etc.)
[6] lignum, -I n usually meant `wood’ or `timber’ in classical Latin but can mean `tree’ in the Vulgate
[7] anima (etymologically connected with Greek anemos, wind) , can mean breath. life or soul. The Hebrew similarly has the basic meaning of `breathing thing’, with an extended range of metaphorical meanings. The root is cognate with the Greek anemos (wind),
[8] cētus, -ī m, any large sea creature (whale, dolphin etc.) had an alternative plural accusative form cētē, borrowed from the Greek neuter noun, cētos
[9] movētur means literally `is moved’
[10] In classical Latin this would normally have been written subicite, with the single `i’ representing the combination of consonant and vowel (`yi’ in modern English orthography).
[11] The words dedī omnem herbam etc. from the previous clause; i.e. the plants are given to animals as well as to men.