QUESTIONS ARISING FROM 83rd. MEETING – 16/12/17
(the record of earlier meetings can be downloaded from the main Circulus page)

We read first the opening section of  Book VI of Iōannes Petrus Maffēius /Giovanni Pietro Maffei’s Histōriārum Indicārum Librī XVI, which is available at http://linguae.weebly.com/historiarum-indicarum.html. The book was published in Florence in 1588, the same year as the defeat of the Spanish Armada by England and the completion of Bishop Morgan’s translation of the Bible into Welsh. As well as the histries proper, the volume also contained abiography of Ignatius Loyola, founder of the Jesuit Order, and a collection of original letters written from India.

Maffeius was an Italian Jesuit, who never himself travelled outside Europe but who was an accomplished Latin stylist commissioned by the Portuguese to write an account of their voyages of exploration. The adjective Indicus included not only South Asia but also Brazil and China and Book VI is an ethnography of the latter, predating by almost a century the better known account in Athanasius Kircher’s China Illustrata. 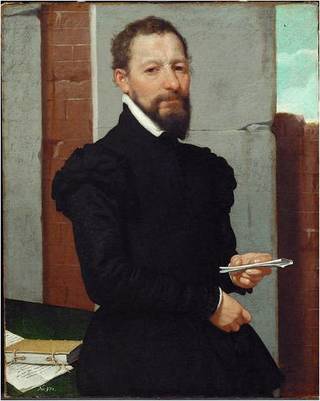 Maffei claims in his opening paragraph that written documents, architecture and other evidence show that Chinese territory had once been even more extensive than it was in the 17th century and that the rulesrs, `worn out by their own size and strength’ had voluntarily surrendered control of peripheral regions. We agreed that this judgement did reflect the reality of the Ming Dynasty’s decision to turn inwards – best exemplified by the ban on the long-distance sea voyages organized by Zhang He. However, Maffeius or his informants had to some extent confused cultutral influence, as in the adoption of Chinese ccharacters in Japan, Korean and Vietnam, with actual political control We were also puzzled by the assertion that this supposed abandonment of territory was paralleled by a similar development in ancient Carthage. Don and John both thought that Carthage’s loss of territory was the result of defeats by Rome, not of any self-restraint.

Historiarum Indicārum also presents a very positive picture of China and its people as later Jesuit literature continued to do. It has been argued that the 17th century Jesuit enthusiasm for the country was influncecd by the felt need to justify their own cultural accommodationist stance in the face of criticism in Europe but John was unsure whether that could have been a factor in the 16th century as Matteo Ricci, who launched the Jesuits’ evangelizing attempt, had only arrived in Macao in 1582. Zhang Wei said that Ricci’s own favourable impression of the Chinese upper classes, who he contrasted favourably with those of Japan, might have been the Japanese hostility which had caused Francis Xavier to abandon his missionary attempt there. Zhang also thought that Europeans who had not been to China might have gained a romantic impression of the country from imported objects such as tapestries.

None of us had read the whole of Book VI but John had skimmed through very rapidly and noted features which agreed wth many others’ observations, including the use of chopsticks (for which he used paxillī rather than the later Jesuits’ term bacillī), and the lack of interest in acquiring anything from foreign lands other than silver. Maffei also stated that in the Chinese system the man paid bride-price rather than the woman bringing a dowry. John had thought that this pactice was confined to southern China but others explained it was general across the country. 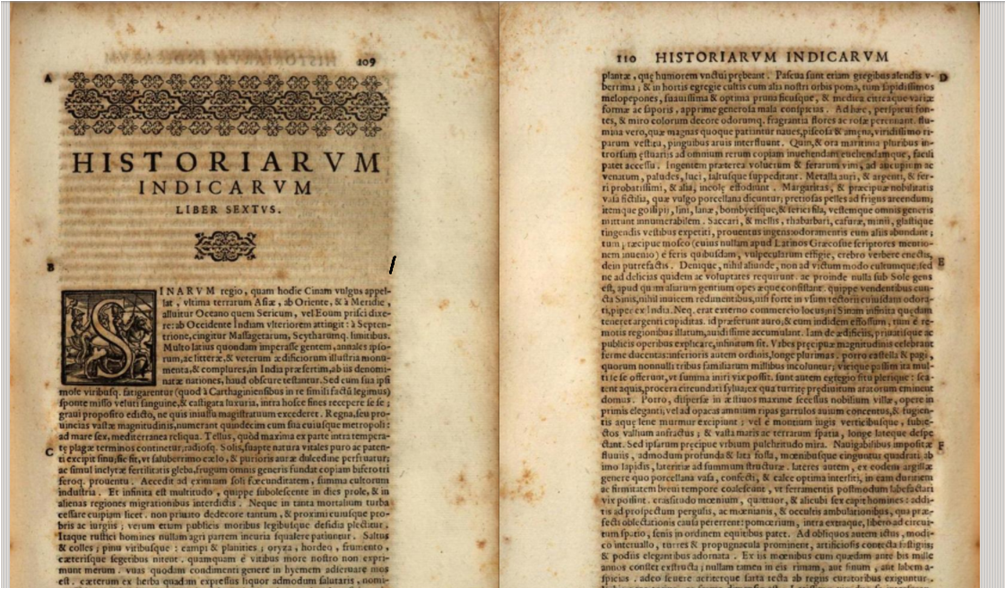 The beginning of Book VI of Historiarum Indiarum in the original 1588 edition
​
​We briefly discussed Maffei’s use of the pronoun quispiam (equivalent to aliquis, some, any) and of the form hōsce. John thought both these terms were archaic and perhaps employed to give an air of solemnity. It turned out that quispiam was not particularly old but simply that it was less common than other indefinite pronouns. The –ce in hōsce is in fact a demonstrative particle which was once attached to all forms of hic, hoc, haec but later either omitted ompletely (as in most of the plural) or reduced to `c’. The original, fuller forms continued to be used for extra emphasis.

The Genesis extracts (see below) included the story of the Tower of Babel and the beginning of the account of Abraham. Babel was in fact the regular Hebrew name for Babylon, and the Jews rather mischievously seem connected this with the Hebrew word balal (confound) but modern scholars believe the city’s name derived from an Assyrian phrase meaning `Gate of God.’  One of us also wondered about a possible connection with the English babble but later consultation of the www.etymonline.com indicated that, according to the Oxford English Dictionary, babble was probably an independent, onomatopoeic formation from baby talk though its senses may have been affected by the Biblical word.

A feature of Jerome’s Latin is the frequent use of the subjunctive in indirect statement (e.g. Dīc quod soror me sīs, `Say that you are my sister’) where classical Latin would normally have had accusative and infinitive (Dīc tē sorōrem meam esse) and medieval writer most frequently the indicative (Dīc quod soror mea es). We had discussed this idiom before (see the record of the March 2017 meeting) and noted then that, though rare, it was occasionally used by classical authors. Jerome’s fondness for it might possibly have been influenced by the use of the subjunctive in indirect questions. Classical Sciō quod templum sit, `I know which temple it is’ (with quod as an interrogative adjective) is very similar to the later Sciō quod templum est, `I know it’s a temple’, with quod as a conjunction, and this could have led to re-interpretation of the former sentence type. 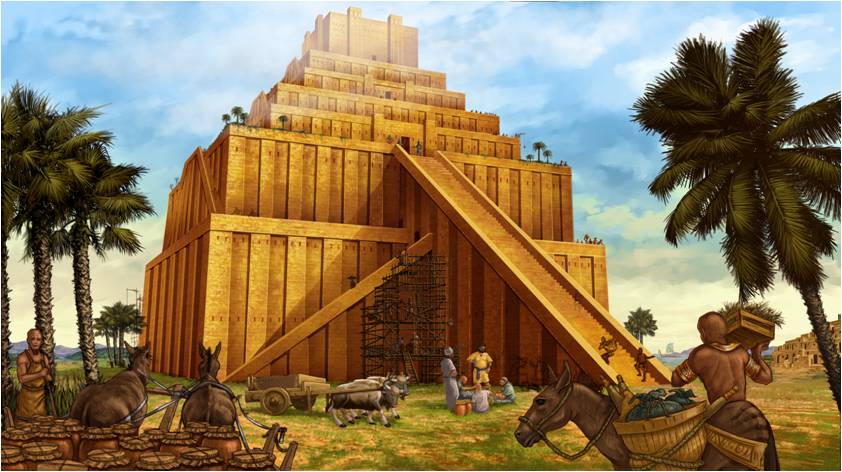 Zhang Wei remarked that he had never read the Bible at all before we started using Genesis in Circulus meetings, in contrast to a new member, Malcolm, who had taken religious knowledge up to A-Level.  Malcolm’s teachers, though religious believers, were no fundamentalists and had explained the frequent alterations that scripture had undergone. One particular example he remembered was the famous statement about the first being last and the last first. Many scholars believe that the use of this in Matthew 20:16 is an interpolation from the previous chapter. There are also many instances in the Bible where a later editor seems to have combined two different versions of a story, as in the account of the order of creation at the beginning of Genesis, or Abraham getting his wife to pretend in Egypt that she was his sister and then doing exactly the same thing later in Palestine, despite the Egyptian deception having turned out to be unnecessary,

We also touched on the longevity ascribed to Bilical characters, which Zhang Wei said was paralleled in Chinese tradition. It may or not be coincidence that the 2nd-century Greek author Lucan believed the Chinese lived for 300 years (see https://linguae.weebly.com/sina-latina.html)!

NOTES
[1] The term labium refers literally to the lip (the Latin and English words are cognates) but, by extension, means here `language’.
[2] Senaar (os Shinar) sems to refer generally to Messopotamia or specifically to the region around Babylon. See https://en.wikipedia.org/wiki/Shinar Some 19th century Christian missionaries claimed that the name derived form Sīnai (the ancient Greek name for China) and was evidence for early interaction between ancient Mesopotamia and that country.
[3] The meaning is that many of them spoke in this way, not just one pair.
[4] The noun latus, lateris m (brick) must be distinguished from latus, lateris n (side).
[5] caementum, ī n originally referred to small stones or rubble which was mixed with lime to form a kind of mortar or cement to bind larger stones together.
[6] Subjunctive of prurpose from pertingō (-ere).
[7] Subjunctive of event to be forestalled or anticipated.
[8] Subjunctive of anticipated objective.
[9] audiō here means `listen with understanding.’
[10] Babel was the regular Hebrew name for Babylon and his story derives the word from Hebrew balal (confound). The place name in fact is probably a contraction of Assyrian bab-ilu (Gate of God) http://biblehub.com/commentaries/genesis/11-9.htm The OED says that there is no evidence for a conection with the verb `babble’ in English with `Babel’ but association woth the former may have affected the senses of the verb.

NOTES
[1] It is generally agreed that Har(r)an was just to the north of the modern Turkish-Syrian border.
[2] A slightly inaccurate translation of the Hebrew raw-kash, which here means `gather’ or `collect’.
[3] The Hebrew word aw-saw has a broader sense than faciō and here means `beget’.
[4] Sichem (Sechem) is modern Nablus (a contraction of Flāvia Neāpolis, the name given it in honour of Vespasian – see http://biblehub.com/commentaries/genesis/12-6.htm) in a fertile valley in the Judaean hills north of Jerusalem.
[5] Both Jerome and the KJV wrongly translate the Hebre ay-lone which normally means an oak or similar tree.
[6] A mistranslation of the Hebrew mo-reh (Moreh in KJV), which might be a proper name for a Canaanite or a hill named after him (see  http://www.sacred-texts.com/bib/poly/h4176.htm) Alternatively, the word is a particple from a verb meaning to teach and the reference is to a tree (or grove) under which instruction was given (see Cambridge Bible for Schools and Collages, http://biblehub.com/commentaries/genesis/12-6.htm
[7] In Latin the relative pronoun is often used to link two sentences otgether whist in English it can only refer back to a word within the same sentence.
[8] Bethel is sometimes identified with the modern settlement of Beitin near Nablus.
[9] Hai (or Ai) has in the past been identified with the settlement of Et-tell in the West Bank but archaeology shows the site was uninhabited at the traditional date (c.1400) for the Israelite conquest after the Exodus from Egypt (see https://en.wikipedia.org/wiki/Et-Tell). However the whole story of the Exodus may be unhistorical and the Israelite kingdom in Palestine have developed from local origins rather than being brought in by invaders from the south.

NOTES
[1] i.e. when he was about to enter Egypt.
[2] plāga,-ae f originally meant any kind of blow or injury, but in late latin could mean specifically `plague’.  Distinguish from plaga, -ae f, region, tract.
[3] The ut clause with imperfect subjunctive could be one of result (in which case the implication is that Sarah did actually live as Pharao’s wife) or purpose (implying only that it was Abraham’s intention for him to do so) and the Hebrew verb could also be interpreted either way. The KJV assumes that Pharaoh was on the brink of stating a relationship with you but was prevented by divine punishment.