The Country Full of Contradictions

By Alexander Bisley
19 December 2016
​Pico Iyer, one of the world’s most nuanced travel writers, has been covering Cuba since the 1980s, in all its vividness and variety. Both in his essays and his first novel Cuba and the Night, Iyer captures the island’s seductive rhythms through gorgeous imagery.
With President Obama improving the US-Cuba relationship in a groundbreaking May visit, and the death of Cuba’s longtime dictator Fidel Castro in late November, we decided to ask Iyer all about Cuba, from its surprises to its dreams, and how the mood and spirit of a nation is adapting to what has been a landmark year.
Q: Why does Cuba still seduce you?
Cuba is without question the most complex, contradictory, confounding place I’ve ever visited, a riddle that only grows deeper the more I look at it. It’s a place of constant exuberance amidst dilapidated buildings and people lining up for hours to go nowhere. It’s alight with music round every corner, and dance, and sex, all the blessings of a warm tropical night, with the wind coming across the water to the seaside Malecon. And yet almost all I hear there is complaint, frustration, a longing to get out and see all the places that have long been forbidden. 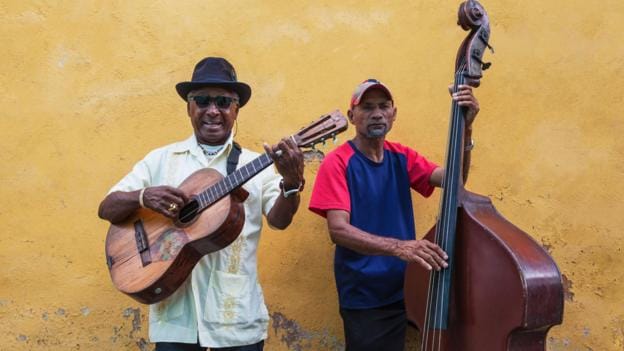 Cuba is infused with an energy that permeates every facet of its culture (Credit: robertharding/Alamy)

I’ve been traveling to Cuba for 29 years, and spent much of the late 1980s there. I saw it when the only other visitors were Soviets, Bulgarians and North Koreans walking around in pairs, with badges showing Kim Il-sung on their lapels.
I saw it during the “Special Period”, when shortages were acute, as the Soviet Union dissolved. And I’ve been there this decade, as free enterprise begins to flourish, and the streets grow brighter and more full of glitter and bustle.
But Cuba remains a sophisticated European place, rich with African spirits and rhythms, placed in the midst of the sleepy Caribbean, and asked to dance to a German and Russian thinker. There’s no getting to the bottom of it. 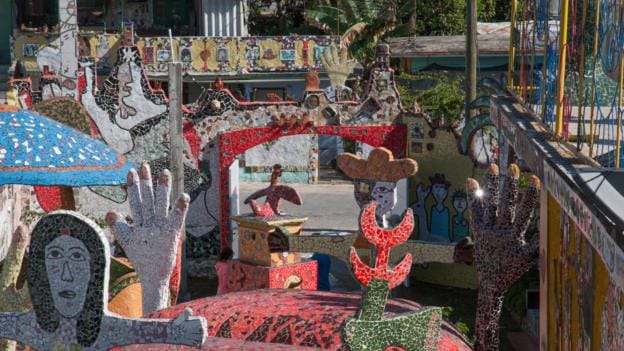 Q: What’s your most vivid memory of the late Fidel Castro from your extensive travels around Cuba?
I always remember Fidel roaring in the rain at the 28th anniversary of the Revolution in the little town of Artemisa in 1987. Fidel was as intelligent, as charismatic, as disproportionately powerful a leader as my lifetime has known. He also succeeded in turning his island into a perfect replica of the tourist- and brothel-filled Babylon he’d wanted to purge. He was masterful at out-manoeuvering Washington for four decades and more, yet he converted his own beloved homeland into a kind of maximum-security prison.
Q: You once wrote that “Cuba is the home of a permanent revolution against all the ideas we have of it.” What might surprise people about Cuba’s future?
The island never stands in place. In a curious way, it’s always running in place, shifting, plotting, improvising with every passing moment even when its government has more or less condemned it to eternal stasis for 50 years.
That’s part of what makes it so impossible to pin down; the country not only lives in and with contradictions daily, but turns them into art and music and dance and policy. Everyone who goes to Cuba comes away talking about how the people of Cuba, with their wit, resourcefulness, determination and imagination, have somehow kept the island afloat, even as their buildings are crumbling.
Now the government is working to fashion its own crazyquilt form of Market Leninism, though without the ferocious discipline of China or the textured industriousness of Vietnam. You step out of Jose Marti Airport, in the dead of night, and more often than not there’s a buzz, a furious energy, a sense of romance and excitement in the air, yet all the streets are deserted and most things have broken down.
Cuba, more than any place I’ve been, reminds me of a song, and one that keeps playing in one’s head long after one has left. And it makes no more sense to call a song left or right, pro-America or anti-America, than to assign a religion to a rhythm. That was Fidel’s eternal vexation – and at times it’s been his people’s great redemption. 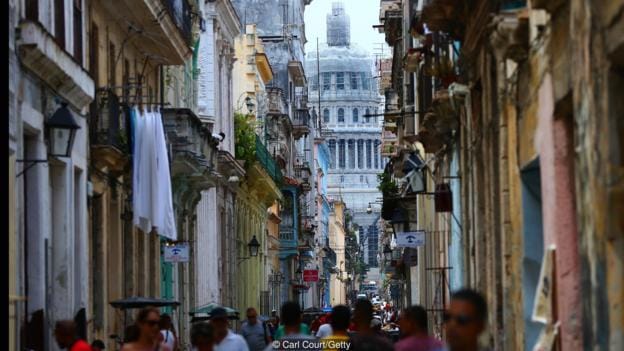 "Cuba, more than any place I’ve been, reminds me of a song" (Credit: Carl Court/Getty)

Q: Do you have any advice for travellers preparing to go to Cuba?
I believe this with every destination, but nowhere is it more true than in Cuba: leave all your assumptions at home, and please don’t begin to try to box a pulsing, sensuous, desperate and deprived place in terms of your notions of “Romantic Heaven” or “Totalitarian Hell”.
Allow yourself to be welcomed by every Cuban you meet, but recall that many may see you as a symbol of another life, or something other than what you are. For 55 years, after all, they’ve lived with dreams of the outside world, and those are often projections.
Take what you can in terms of basic supplies, because very simple things still go a long way in materially deprived Cuba, and people anywhere are touched by kindness.

Sense what you can of the great relics of 1950s America – Havana’s Hotels Nacional [de Cuba] andCapri, the suburbs of Miramar and Vedado – because Cuba remains a beautiful way of seeing recent American history, too.
Be prepared for heat, don’t think about creature comforts, and don’t expect Western service. 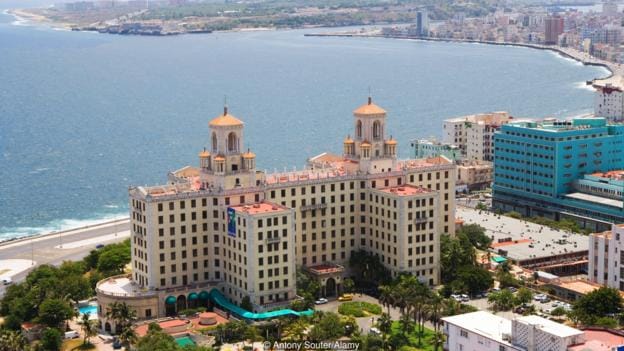 Q: “And if travel is like love, it is, in the end, mostly because it’s a heightened state of awareness, in which we are mindful, receptive, undimmed by familiarity and ready to be transformed. That is why the best trips, like the best love affairs, never really end,” you beautifully put it in your classic essay Why We Travel. Do you still dream, undimmed, about Cuba?
Such a lovely question. I really do feel as if a whole section of my life played out there, between the years of 1987 and 1994, when I kept going back again and again, and ever since I look back on it just as the exiles in Miami perhaps look back on the sumptuous island they had to leave, and the Cubans who stayed look back on the golden early days of the Revolution, when so much seemed possible.
Any traveller knows the folly of trying to recreate an old romance – even though I was probably the rare foreign visitor who never had a Cuban girlfriend or boyfriend – and of hoping you can reconstruct a first impression, a place when you saw it in your youth, or your youth itself. 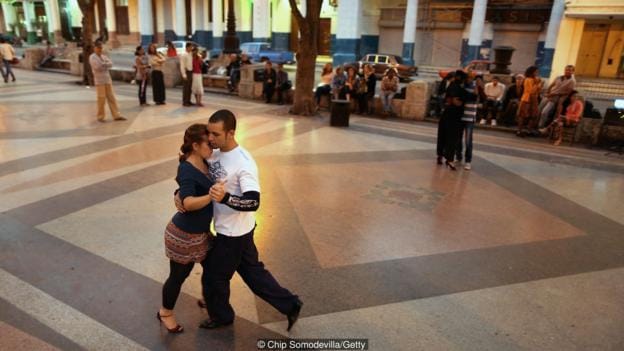 There were so many fantasies flying in both directions when I walked through the streets of Havana every night, year after year: foreigners dreaming of this warm, sensuous, tropical place and all the beautiful people who would take you in there; and Cubans dreaming, with equal fervour, of all the Elsewheres a foreigner might take them to.
It’s intoxicating to walk through such a landscape. But in the end, one has to settle for real life, if one’s not going to end up, as so many Cubans in both Miami and Havana did, dreaming of a place that can never exist.
Pico Iyer’s insightful Ted Talks can be viewed here. His website is here.