In search of a truly `British' curry

​For years, many people considered chicken tikka masala to be Britain’s national dish. The famous curry’s reputation was so well established that the European Union even considered granting it protected status, which would place it in the same tier as Champagne, Gruyère cheese and Cornish pasties.
Tikka masala’s origin story provided an amusing, feel-good narrative about multicultural identity in modern Britain: a Bangladeshi cook in Glasgow, trying to make a dish more palatable for a local customer, tipped a can of tomato soup onto marinated chicken. Unfortunately, the story also happens to be as fake as imitation crab meat.
Today, tikka masala’s bid for EU recognition has stalled, but the hope for a protected UK curry is not lost – among the 15 UK foods awaiting a decision as to whether they merit protected status, there remains one curry dish: the Birmingham balti. 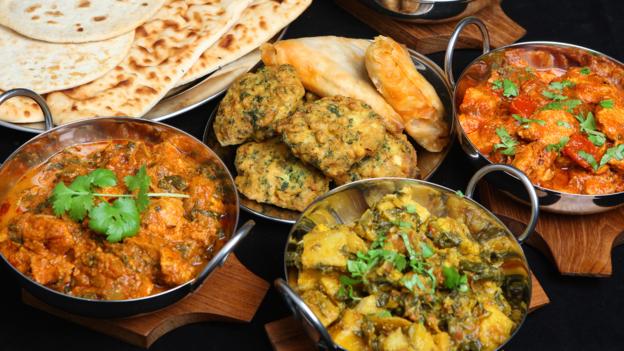 Birmingham balti is among the 15 UK foods currently being considered for protected EU status (Credit: JoeGough/iStock by Getty Images)

The balti campaign hinges on proving that this particular version of the dish was invented in the English city. That’s more difficult than it would seem, since balti isn’t a single recipe, but a cooking style. “By definition, a balti isn’t so much about the ingredients. There isn’t a ‘balti spice’; that’s a complete fallacy,” said Birmingham native and the chief proponent of the EU bid, Andy Munro.
Balti’s most important characteristic is that it’s both made and served in one stainless steel bowl. Unlike the cast iron or clay karahi of Pakistan, the balti bowl lets the food cook quickly, over high heat. The balti, which refers to both the bowl and the food itself, retains the flavours of the cooking process in the metal. 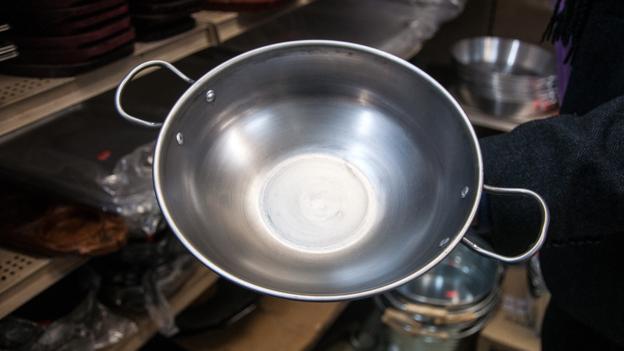 As historian Lizzie Collingham explores in her book Curry: A Tale of Cooks and Conquerors, tracing the pedigree of any curry is a difficult task. But balti is an especially tricky dish to pin down. As baltis became popular in the late 1970s and 1980s, curry houses across the UK and beyond began to use the word to describe any curry – even those not made with a balti bowl.
Balti’s popularity in Britain led to both the cooking style and the bowl itself being exported back to South Asia, said Munro, so it’s hard to know if the stainless steel bowls really existed in Pakistan before the late 1970s. Working that out would require not only a ticket to northern Pakistan, but a time machine. 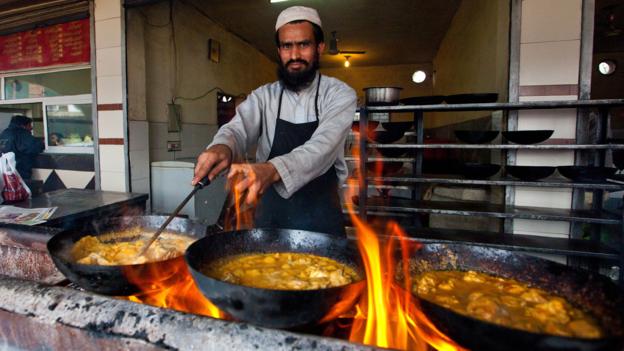 But even if the balti bowl owes a debt to Pakistan’s karahis, Baltistan – inhabited mainly by people of Tibetan descent and best known for the world’s second highest mountain, K2 – seems unlikely to have provided the specific balti dishes, many of them using ingredients like prawns, that are most beloved in Britain today. “To say it derives from a region of Tibet seems rather absurd,” said David Burnett, co-author of the book The Road to Vindaloo. “I would say it’s authentic to Birmingham, rather than Gilgit-Baltistan.” 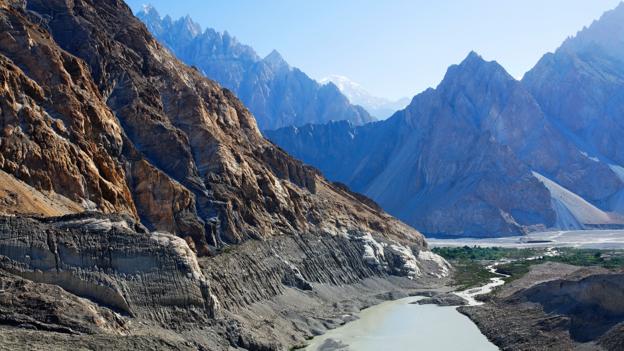 In particular, the origins of balti can be narrowed down to the areas that now make up Birmingham’s Balti Triangle, also known as the Sparkhill and Sparkbrook neighbourhoods. From the mid-20th Century, the area’s working-class Irish immigrants were joined by those from across the collapsing British empire, most of all Pakistan. Today, according to Munro, the area is thought to be home to the largest Pakistani Kashmiri population in all of Britain.
Some of these families opened cafes serving Pakistani food. At first, their customers were other Pakistanis: immigrants hungry for a taste of home. But other locals started to come in, too. Part of the draw was the number of pubs in the area – and that many of the restaurants allowed you to bring your own alcohol. Whether a curry was consumed alongside or after a night of drinking, British and Irish locals seemed to like it with their lager. 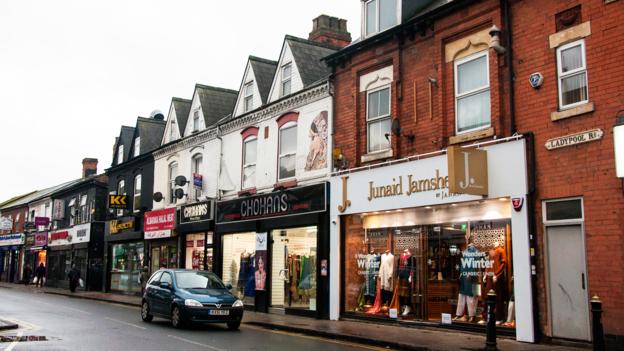 I went to the city’s Balti Triangle, located about two miles southeast of the city centre, to speak with some of the restaurateurs working there today. As I discovered, when it comes to who introduced the balti to Britain, each provides a different story to the last.
At Shababs, which lists 108 different balti dishes on menus tucked beneath easy-to-clean glass table-tops, the waiter told me that balti is from Pakistan. Birmingham locals couldn’t pronounce the word “karahi”, he said, so they started to call it balti, after the Urdu word for “pot”. Did balti have any connection to Baltistan? He shook his head. “Baltistan is in Pakistan, yes. But this is from a different part,” he said.
Adam Muhammad at Al Faisal’s is clear that the balti hails from Kashmir, which is both the contested home of Baltistan and where his family came from. “When we started, we brought the baltis over from abroad,” he said. “It was ours first, our concept.”
At Imran’s, Mahmood Butt – whose family’s now-defunct Ghazala Restaurant, opening in 1971, was one of the area’s first curry houses – said a balti had its origins in nothing more than curry’s large portion sizes. “Balti started out a joke, because the Brits used to say, ‘This looks like a bloody bucket!’” he said. As for who invented it? His family’s restaurant had the word “balti” on the menu before anyone else, Butt told me. “I could show you our menus from the ’70s: chicken balti, chapatis, naan…”
Butt later sent me an old Ghazala business card, and he was right: balti was mentioned as one of the restaurant’s specialties. But since Ghazala was open until about 1985, the card alone isn’t enough to determine when, exactly, balti was born. 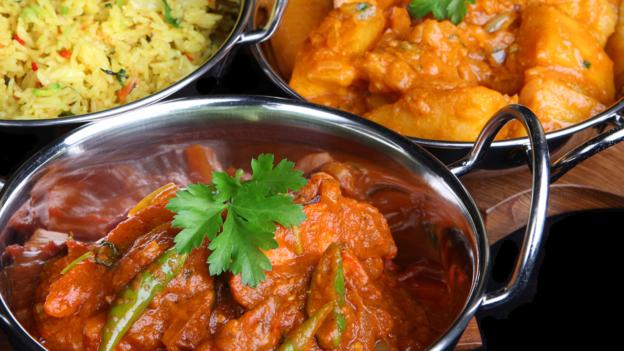 Meanwhile Munro, who wrote the book Going for a Balti, thinks he has pegged the specific inventor: Mohammed Arif, the owner of Adil.
Arif came to Bradford, England from Kashmir in 1969. He bought Adil in 1977. Over a steaming balti, he told me his story.
“In 1977, I opened this place. Then after a couple of months, I went back to Pakistan to visit,” he said. He went to Baltistan. “When I went to lunch there, they were selling karahi. I ordered a meat curry. They brought it in a pot… not exactly the same, but the same idea.” The pot was cast iron. “So I came back to England and said, who can bring me that dish?” 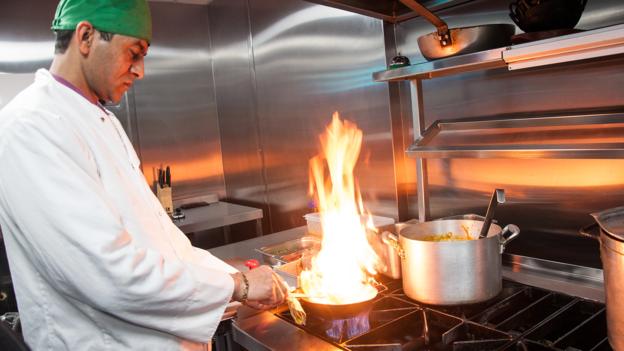 Cooking a balti the "proper" way – in a stainless steel balti bowl over an open flame – in the kitchen of Adil (Credit: Amanda Ruggeri)

Birmingham was known for its metal-bashing industry at the time, and Tara Singh, the Sikh owner of a company called Pressform, stepped up to the task. Together, the two designed a pot similar to the karahi, but of thin, stainless steel. The balti was born.
Arif also replaced ghee, the clarified butter popular in South Asia, with the lighter vegetable oil. And while balti dishes use the same onion-and-garlic base sauce as other British curries, they’re also meant to have more of an emphasis on fresh ingredients. 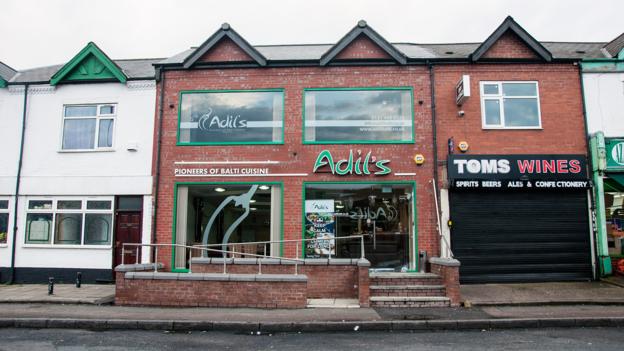 Adil is said to be the birthplace of balti in Birmingham (Credit: Amanda Ruggeri)

These tweaks helped transform how the British consumed curry. The dish suddenly looked pretty and tasted lighter. The shared naan – another new trend that came with balti – added a family-friendly touch. As balti boomed throughout the 1980s and 1990s, so did the trend for “going for a curry”. 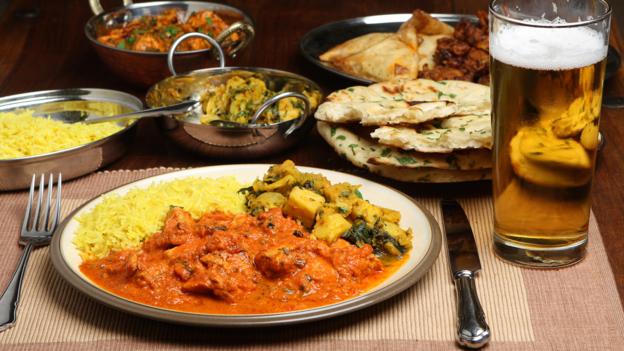 The tale of Arif and Singh is all but impossible to corroborate. Singh has passed away. Each Birmingham restauranteur provides a different story. And food historians, few of whom have researched balti in depth, tend to brush it off (Burnett called balti “a clever idea [for] selling ordinary curry”). Chefs, even more so: famed Indian cook Madhur Jaffrey recently dismissed the dish by saying, “I don’t think it has origins in any place we would want to visit.”
And is there something about Arif’s story that seems a little too convenient, a little too tomato-sauce-tipped-on-the-chicken, to be 100% believable? Maybe.
But, in the end, perhaps it doesn’t matter. In some ways, the very confusion over balti’s origins, and exactly how much it owes to South Asian culture, may make it the most quintessentially British curry of all.
As Collingham put it: “It is authentic. It’s an authentic, British curry.”
This story is a part of BBC Britain – a series focused on exploring this extraordinary island, one story at a time.