The Ancestors of Jang Bahadur Rana: History, Myth and Propaganda

This article, originally published in Contributions to Nepalese Studies (vol.14, no.3: p.161-191, August 1987) and available for download here as four Word files, sets out what is known about the ancestry of Jang Bahadur Kunwar Rana, founder of the Rana family regime which controlled Nepal from 1846 to 1951, and also briefly analyses how the story was embellished to create a `useful past'.  The similar claim to descent from Rajput refugees advanced earlier by the Shah family is examined in depth in chapter 4 of L.S. Baral's London University thesis Life and Writings of Prithvi Narayan Shah.  Ironically, having for generations sought to portray themselves as the descendants of high-class immigrants,  high-caste Nepalis, faced with the claims of `indigenous' ethnic groups, now need to stress their Nepali roots and there is, in fact, good reason to believe that both Shahs and Ranas have among their ancestors members of the Magar `tribe', who originally spoke a Tibeto-Burman, not an Indo-Aryan language, and who present-day ethnic activists categorise as `Mongols'.  There is also an interesting parallel in the claims put forward in medieval times by aristocratic English families to be similarly descended from warrior-adventurers who landed in Britain and subdued the locals and similar myth-making could well also have been responsible for the stories of the conquest of the Celtic Britons by distinct groups of `Angles', `Saxons' and `Jutes', for which see Robin Fleming's  discussion in  Britain after Rome. 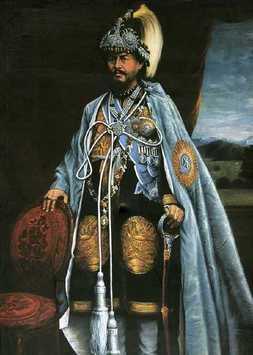