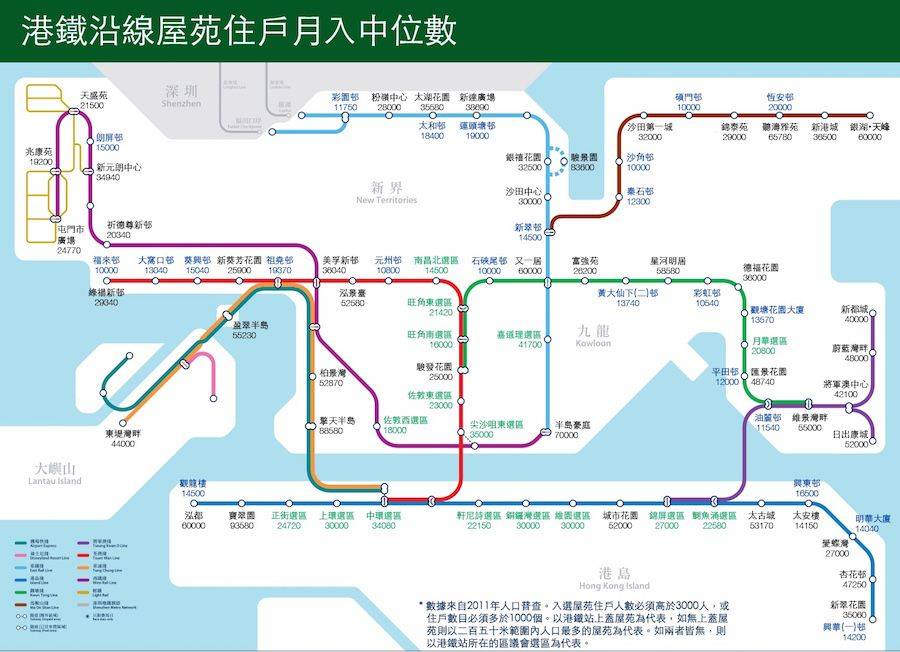 Using 2011 census data, Leung thus created this map showing the median monthly income of households living in estates that have more than 3,000 people, or house more than 1,000 families.

Residential complexes in black font are either private housing estates or subsidised ones that are available for sale. Those in blue are rent-subsidised estates, while those in green represent district council constituencies.

Explaining that the map only shows median incomes, Leung adds that there is therefore no way of knowing just how much higher than the median some households earn.

"Regarding Hong Kong's wealth disparity, you may say you don't understand the Gini coefficient, but if you just look and see how some areas are earning several times more than others, then it will become quite clear," Leung wrote.