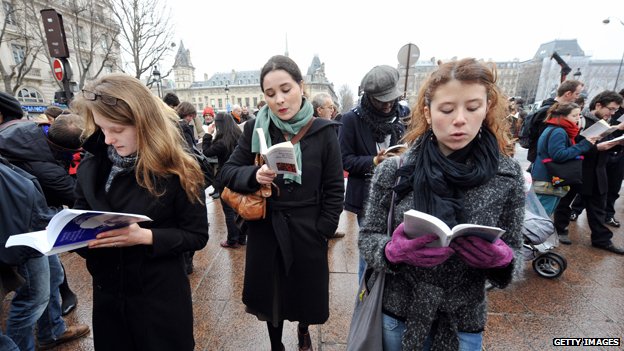 French authors routinely appear in the English-speaking world's lists of the best novels ever - Voltaire, Flaubert, and Proust… sometimes Dumas and Hugo too. But when it comes to post-war literature, it's a different story. Even voracious readers often struggle to name a single French author they have enjoyed.

France once had a great literary culture, and most French people would say it still does. But if so, how come their books don't sell in the English-speaking world?

Is that our fault or theirs?

And how come the French themselves read so many books that are translated from English and other languages?

These are provocative questions.

The French take huge pride in their literary tradition - it's been calculated that the country has a staggering 2,000 book prizes. And to accuse their modern-day writers of being elitist, insular or overly intellectual is to invite a torrent of outrage. 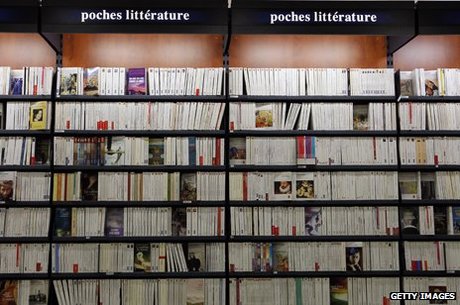 But the fact remains. With the possible exception of Michel Houellebecq,  what French novelist has made it into the Anglophone market?

Even the 2008 Nobel literature prize-winner Jean-Marie Le Clezio is virtually unknown in the English-speaking world.

And as for French habits, just look at the popular reads on the Paris metro. My admittedly unscientific survey on Line 1 from La Defense showed a clear four-to-one majority in favour of US and British novels.

For French novelists, the frustration is palpable.

"I am suffering, really suffering, because Anglo-Saxon agents are just ignoring the French book market," Christophe Ono-dit-Biot tells me.

Ono-dit-Biot has just won one of the country's top literary prizes - the Grand Prix du Roman de l'Académie Française ­­- for his novel Plonger (Diving). He now has five books to his name, but without a sniff from the UK or the US.

It is the same refrain from every author I speak to. All are well-known names in France - Marie Darrieussecq, Nelly Alard, Philippe Labro - but none has been published with any success in the UK or the US. 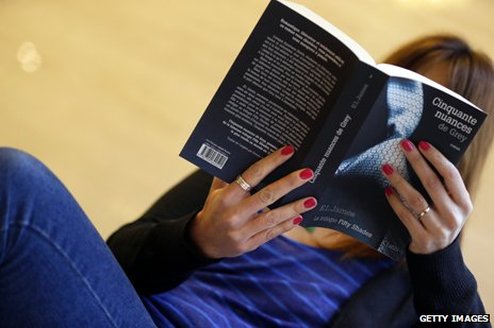 Even Marc Levy, whose romantic adventures have sold more than 40 million copies around the world and whose first book If Only It were True inspired the 2005 Hollywood movie Just Like Heaven, finds the attitude of UK and US publishers deeply irksome.

"The caricature of a British publisher is someone totally convinced that if a book is French then it cannot possibly work in the UK market," he says.

"I often joke that the only way to get published in Britain if you're French is to pretend you're Spanish. If you've been a best-seller in France, it's a sure-fire recipe for not getting a deal in the UK.

"As for US publishers, they're so convinced that with 350 million potential readers and a big stable of American writers, they've got everything covered - every genre, every style. So why bother?"

The costs and difficulty of literary translation are clearly part of the problem. So too is the fact that the Anglophone book market is thriving - so the demand for foreign works is limited.

Some French authors are critical of Anglo-Saxon "complacency".

"Here in France around 45 out of every 100 novels sold is a translation from a foreign language. With you it's something like three out of every hundred," says Darrieussecq, winner of this year's Medicis prize with Il Faut Beaucoup Aimer Les Hommes (You Need to Love Men a Lot)

"But what that shows is that we French are very curious about other people and cultures. You too - you should be curious. You should be more open," she says.

But might there not be another problem - that French books themselves are just not that appealing?

Unlike most of his peers he knows both the British and French book markets, having lived some years in London. His comparisons are not favourable to the French. 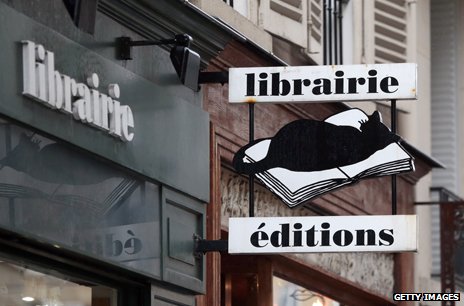 "The books on offer here are very different from in the UK. French books are precious, intellectual - elitist. And too often bookshops are intimidating. Ordinary people are scared of the whole book culture," he says.

The French have preserved a nationwide network of small bookshops, mainly as a result of a system of protection. Books cannot be sold at a discount, which means that "libraires" have kept a near monopoly.

A law passed earlier in the year that prevented online retailers from discounting books led to complaints from Amazon that it was being discriminated against. Meanwhile, the sale of e-books is a fraction of what it is in the US and UK.

But what Rey says about French bookshops is true - many are cramped and colourless. Many (like my local one in the 14th arrondissement) are also very obviously political - which is off-putting.

The books themselves are not made to look appealing. New novels have the same cream cover, with a standardised photo of the author. Design does not seem to be at a premium. 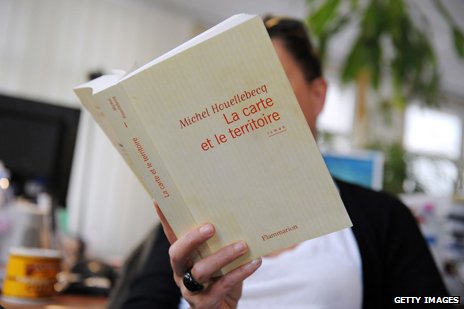 And compared to the UK, there is a glaring lack of offer in certain genres - popular history, popular science, biography, humour, sport."Non-fiction books in France are very academic. They are just like university theses. We do not have your knack of popularisation," says Rey.
For the US author of romantic sagas Douglas Kennedy, who lives on-and-off in Paris and is enormously popular in France, French novel-writing has never recovered from the experimentation of the post-war era.

"The reason my books are popular in France is that I combine an accessible style with serious observations about what you might call 'the way we live now'. And there is clearly a huge demand here for what I do," he says.

"It's ironic because it was the French who invented the social novel in the 19th Century. But after World War Two, that tradition disappeared. Instead they developed the nouveau roman - the novel of ideas - which was quite deliberately difficult.

"And now while in the UK or the US it's quite normal to write about the 'state of America' or the 'state of Britain' - no-one is doing that here."

But French writers insist that the sins they are accused of - abstraction, lack of plot and character, a preference for text over story, contempt for the non-literary reader - are a cliche perpetuated by Anglo-Saxons with little knowledge of how things have changed in recent years.

"Personally I am fed up with all the stereotypes," says Darrieussecq. "We're not intellectual. We're not obsessed with words. We write detective stories. We write suspense. We write romance.

"And it's about time you started noticing."

French novels which found an audience in the UK recently:


The Top Ten website invites well-known writers in English to pick their favourite books. By giving a first choice 10 points, a second choice nine points, and so on, it is able to compile lists of favourites.

Several readers said Muriel Barbery was their favourite French novelist
A Magazine feature about the dearth of globally successful French novelists struck a chord with readers.

In response to the piece, many sent in nominations for their favourite French fiction. Here is a selection.

The Elegance of the Hedgehog by Muriel Barbery is an excellent book. The characters are so well drawn that I actually cried while reading this book. I don't cry easily. Benjamin Dahlbeck, Atlanta, US

Fred Vargas writes beautiful, lyrical, often humorous prose and haunting crime stories - mostly, though not exclusively, set in Paris - and is the only author to have won three International Dagger Awards from the Crime Writers Association for three successive novels. I first read Sous les Vents de Neptune as part of a university course on French detective fiction, and in the three years since I've devoured everything else she's ever written. I've recommended her books to my parents and to my friends, and I haven't yet found anyone who didn't enjoy them. Bethan C, Cardiff, Wales

My favourite French books are La Gloire de mon Pere and [this story] continuing in Le Chateau de ma Mere, both by Marcel Pagnol (1957). The story is of Marcel's childhood in the hills above Marseilles. His experiences with his new friend, Lili des Bellons are magical. The descriptions of the simple life in a France fast disappearing are wonderful. We can feel the heat, listen to the cicadas, smell the lavender and return to our own childhoods. The plot is good and the characters believable. The books were made into films and lost none of their charm. Paulette Graydon, Pouance, France

My favourite French novel of recent years is Murder on the Eiffel Tower written by Claude Izner, the nom de plume of two sisters, Liliane Korb and Laurence Lefevre. Murder on the Eiffel Tower is the first and, in my opinion, the best of a series of murder mysteries set in Paris of the Belle Epoque and featuring a bookseller turned amateur detective, Victor Legris. Once one gets past the period detail that is a feature of French literature (and which I love), the plot line equals that of a Conan Doyle or Agatha Christie. Ian Askew, Pelsall, England 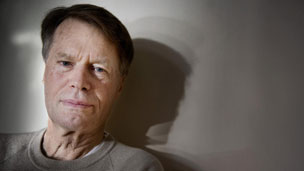 I must say that I am surprised about [Jean-Marie Gustave] Le Clezio's lack of fame in the English speaking world. I read his book, Le Chercheur d'Or, a few years back and fell in love with it immediately. The story in itself is rather slow-paced, and its small font is liable to turn potential readers away. However, the style of writing is fantastic. The French language lends itself to poetry very well. Le Clezio glides through accounts of natural disaster, war and adventure with the use of a wonderfully poetical narrative. This is what makes the story quite so enchanting; others should read it for pure appreciation of the art of the French language. The writing style dominates the storyline, something that foreign readers should adapt to - and learn from. Alicia Davies, Toulouse, France

The Erasers, by Alain Robbe-Grillet. The work has both the complex structure of his later work and a very engaging texture to the narrative. The descriptions of ordinary things is very rich. You get a real sense of not just the physical space between the narrator and the objects, but of the psychological space as well. Stephen Lawler, Bicester, UK

Le Petit Nicolas by Rene Goscinny and Jean-Jacques Sempe. The first in the series was published in 1959. The stories of young Nicolas and his friends and family at school and at home (narrated in the first person) are still very funny today. I enjoyed them as a child in Switzerland and I read them to my daughter now. I feel as though I know Le Bouillon, the playground supervisor, even though my school never had such a character. Leila, Irvine, California, US

L'Ete Meurtrier and 10.30 from Marseille, both by Sebastian Japrisot, are gripping crime novels. Well-written with strong characterisation, clever plotting, plenty of suspense and local colour, distinctively French but well-suited to an English-speaking market. Roger Goodacre, London

My favourite is L'Adversaire by Emmanuel Carrere. Incredible, fascinating true story of a man who lived a complete lie for around 20 years - fooling all his friends, even wife and children, that he was a WHO doctor. In reality he mainly just hung around service stations all day and tried to figure out ways to wangle money. Combines gripping drama and existential mystery. Tim Nicolas, Brussels

Georges Perec's Life: A User's Manuel [La Vie Mode d'Emploi]. Simply one of the most brilliant novels written in the last 50 years. Ingenious, fascinating, creative, historical, devious, intriguing and unique, a great writer from the OLIPO group, widely read in the US, well in NYC anyway, contradicting this article. Richard, New York